Labour Party TD for Dublin South Central Mary Upton has said she will not be standing as a candidate in the next General Election.

In a statement, Ms Upton said she believed the time was now right to stand aside and make way for others.

She said she believed the party could win two seats in the constituency in the next election.

'I intend to continue to serve the people of Dublin South Central until the dissolution of the Dáil and I will do all in my power during the election campaign to maximise the Labour Party vote in the constituency,' she added.

Dr Upton was first elected to the Dáil in a 1999 bye-election caused by the death of her brother Pat.

She is currently the party's spokesperson on Tourism, Culture and Sport.

Her announcement that she will not contest the next election follows a similar decision by Wicklow's Liz McManus.

Michael D Higgins of Galway West, who wants to run for President, has said he will not stand in the General Election if it comes before the Presidential Election, which is due in November next year.

Fine Gael Dublin South Central TD Catherine Byrne said: 'She was a tireless worker for people right across the constituency of Dublin South Central, especially around my own area of the South West inner City. Her work rate and interest in people never diminished.

'On a personal level, I consider Mary a woman of her word, an ally and a friend within the constituency. I wish her and her family the very best in the future.' 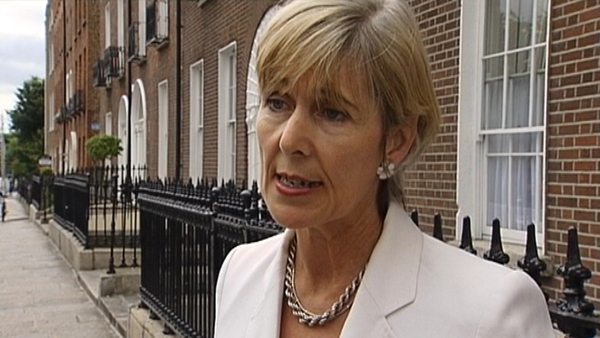 Labour's McManus will not seek re-election