Pope Benedict XVI has admitted the Catholic Church failed to act quickly enough on paedophile priests, as he launched a historic visit to Britain.

Tens of thousands of people lined the streets of Edinburgh and flocked to a mass in Glasgow to welcome the 83-year-old despite controversies over child abuse and a Vatican aide likening Britain to a ‘Third World Country’.

The pope also warned against ‘aggressive secularism’ in Britain, where he is making the first ever papal state visit.

On the flight to Edinburgh, the pope told journalists that the revelations of child abuse by priests that have rocked the Catholic Church ‘were a shock to me’.

‘The authorities in the Church have not been vigilant enough,’ he said.

The Church ‘did not act quickly or firmly enough to take the necessary action’ to quell the problem.

The queen officially welcomed the pope at the Palace of Holyroodhouse, her official residence in Scotland, saying she hoped the visit would ‘deepen the relationship’ between the two Churches.

The run-up to the visit has been clouded by the abuse scandal and fears that turnout would be lower than during John Paul II's unofficial visit here in 1982, but police said 125,000 people turned out in Edinburgh to see him.

After meeting the queen, and wrapped in a green and blue tartan shawl, Pope Benedict was driven through the streets of Edinburgh.

He later celebrated a huge open-air mass front of an estimated 70,000 pilgrims in Glasgow's Bellahouston Park in the low sunshine, after a warm-up concert by singing sensation Susan Boyle.

In a homily, the pope warned young Catholics about the ‘temptations’ of ‘drugs, money, sex, pornography, alcohol -- the world tells you will bring you happiness, yet these things are destructive and divisive.’

Pope Benedict will also travel to London and the Birmingham, where he will preside over the beatification of a 19th century cardinal, John Henry Newman. 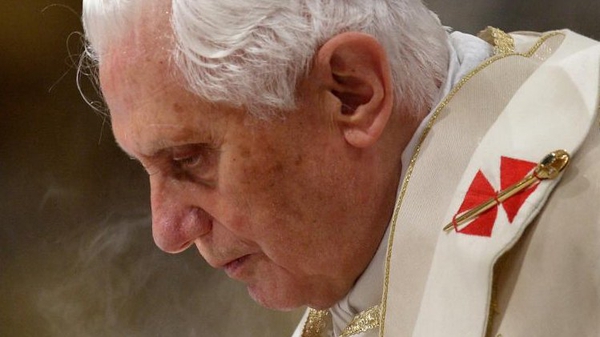