The Taoiseach has apologised for the quality of the interview he gave to Morning Ireland yesterday, saying he did not intend to disrespect the country or the people of Ireland.

Speaking in Dublin this evening, he said: 'It wasn't my best performance and I would like to apologise for that.'

He said he had prepared for the interview over the weekend and that there was a 'confluence of events' that occurred.

However, Mr Cowen stressed there was no basis for the assertions made by his political opponents.

He said these were 'without justification, foundation and not correct or true' and that he would hate to think the reputation of the country or the office of the Taoiseach was in any way affected.

The Taoiseach said he had also apologised to his party colleagues for the adverse publicity surrounding the meeting and he said it was something he was very conscious of and he hoped he had dealt with in a frank and honest way.

He also said he believed his position as Taoiseach was secure.

Fine Gael's Simon Coveney, who said that Mr Cowen sounded 'half-way between drunk and hungover' in the interview, has said he accepts the Taoiseach's apology.

He said he did not see why he should withdraw something that reflected what most people who listened to the Taoiseach's interview were thinking.

He said he accepted what Mr Cowen had said this evening 'in terms of clarifying issues' in relation to the interview.

Mr Coveney said it takes 'a big person to apologise when big mistakes are made as was the case yesterday morning and the Taosieach should be recognised for that'.

Two senior Cabinet members earlier defended him following the interview, which sparked a wave of criticism from Opposition TDs.

Minister for Foreign Affairs Micheál Martin said the fact the story had got international attention 'does cause reflection', but he said it was nothing the Government could not 'deal with and overcome'.

He said they would take stock and learn lessons from the incident, but he said he believed the matter was over.

The Taoiseach sounded hoarse and made a few slips of the tongue as he answered questions about his coalition's policy, the economy and plans for December's Budget.

The Taoiseach said he was sorry he was hoarse, but there was no question of him being under the influence of alcohol, describing such suggestions as nonsense'.

Labour leader Eamon Gilmore has said the international coverage of the interview was 'very bad', but said it was coming on top of weeks of adverse international commentary on the state of banking and the economy.

He said that while one interview would not cause damage, damage had been caused by the Government's handling of the economy.

The story itself quickly spread around the world, with a study by O'Leary Analytics revealing that the story appeared in over 450 publications in 26 countries. 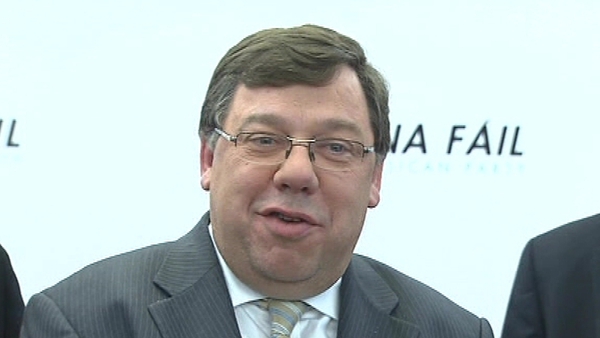