Anglo Irish Bank has reported a loss of €8.2bn for the first six months of the year.

This includes loan impairment charges of €4.8bn and a loss of €3.5bn after transferring €10.1bn worth of assets to the National Asset Management Agency.

Anglo has said that after completing its loan asset transfers to NAMA, gross customer loans will be approximately €38.4bn.

The bank has stressed that international funding markets impacted its funding and liquidity position.

In a statement, Anglo Irish Bank Chairman Alan Dukes said he is acutely aware of its board's mandate to run the bank in the public interest.

Mr Dukes said liquidation of the bank had been considered, but that after detailed consideration the board had decided to split Anglo, which will mean winding down about 80% of the old bank.

The bank says further capital will be required despite several rounds of Government funding already this year, totalling just under €23bn.

Minister for Finance Brian Lenihan has said he is in active discussions with the European Union to try to bring finality to the problem of Anglo Irish Bank.

He said the Department of Finance has sent a final submission to Brussels on the bank's plan to split itself into a good bank and bad bank, but he would not disclose its contents.

Mr Lenihan said the Government wanted the lowest cost for the taxpayer and that the two alternatives were a good bank, bad bank split or a wind down over a long period of time.

He said he was expecting a decision from the Commission in a matter of weeks.

The Government's handling of the situation at Anglo is due to dominate a Cabinet meeting tomorrow.

Fine Gael Finance Spokesman Michael Noonan has called on Minister Lenihan to confirm how much Anglo will cost the taxpayer.

He said: 'There is a growing consensus that the final figure for bailing out Anglo Irish Bank will be closer to €35bn.

'This is far in excess of the €24bn currently being mooted by Brian Lenihan, in itself a shocking figure.

'But the Minister has refused throughout this disaster to give a
final bill. Minister Lenihan must now give a definitive figure for the cost of saving Anglo Irish. Taxpayers have a right to know.'

Elsewhere, Irish Life & Permanent said its losses narrowed in the first half of the year, mainly due to increased profits at its Irish Life business.

However, its banking business Permanent TSB made a loss of €131m, broadly in line with a year earlier.

IL&P also confirmed it had submitted a plan to merge with EBS Building Society.

Chief Executive Kevin Murphy said the country needed strong financial institutions to provide competition and that a merger with EBS could help create a third force for Irish banking. 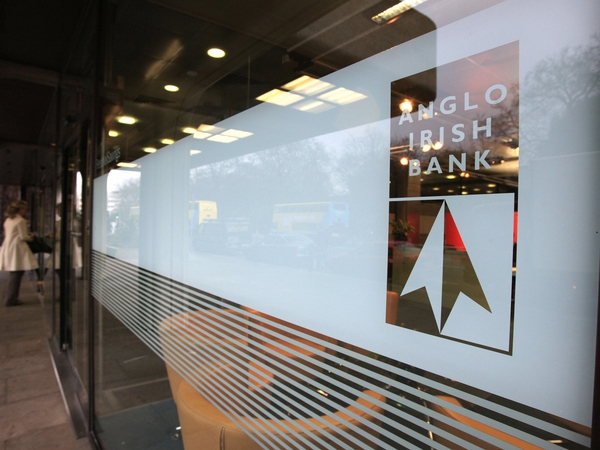