Anglo Irish Bank has reported a loss of €12.7bn for the 15 months to the end of December last year, as it set aside just over €15bn to cover loan losses.

€10bn of the loan loss figure was linked to assets expected to be transferred to the National Asset Management Agency.

Excluding money set aside for bad loans, the bank made an operating profit of €2.4bn, though this included a gain of €1.8bn from a restructuring of its debt.

The bank confirmed the Minister for Finance, Brian Lenihan, had put a further €8.3bn into the bank, as he announced in the Dáil yesterday.

Anglo Irish also said restructuring of its activities and the NAMA process cost it €42m in the 15-month period.

The bank’s annual report also gives a breakdown of loans to former directors and how much of this money the bank expects to be re-paid.

The figures show a total of just over €155m in loans to former directors of the bank was outstanding at the end of last year, but the bank has set aside almost €109m to cover the failure or possible failure to re-pay these loans.

Former chairman Sean FitzPatrick personally owed the bank more than €85m at the end of last year. But the bank's accounts show that it anticipates that almost €68m of this may not be re-paid.

The figure for former chief executive David Drumm was just over €8.3m, with the bank setting aside €6.7m for possible non-repayment. Most of this is linked to a loan given to Mr Drumm to buy shares in the bank. It is currently the subject of legal action by the bank.

Former finance director William McAteer (left) owed the bank €8.5m, of which more than €7.6m is not expected to be re-paid. This €7.6m figure also relates to a loan given to buy shares in the bank.

Anglo has made provision in its accounts for the possible non-repayment of almost €22m of the €27.3m in loans to Mr Bradshaw.

He said even with increased funding requirements, 'it still costs less to keep the bank open', even if it were to be wound up over a period of 10 years.

He said the bank would aim to get back as much money as it could from various outstanding loans, despite write downs, adding that legal action was pending in a number of cases. 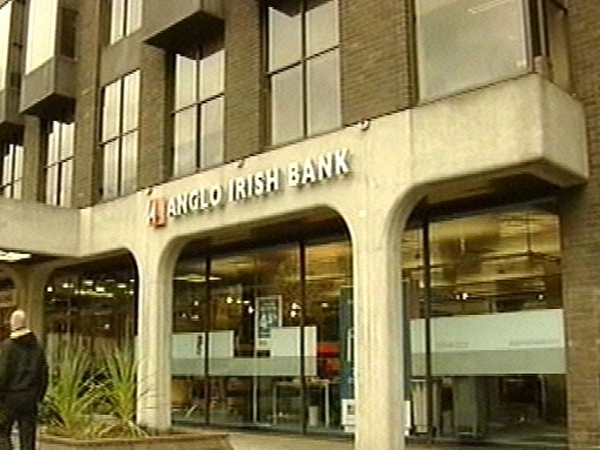