Larry Murphy has been released from prison after serving ten-and-a-half years of a 15-year jail term for rape and attempted murder.

Murphy was collected from Arbour Hill Prison in a grey taxi and drove off without making any comment to the media.

The 45-year-old was due for early release for good behaviour.

He was convicted of the rape and attempted murder of a woman in February 2000 in the Wicklow mountains.

Murphy, a carpenter from Baltinglass, kidnapped his victim and drove into the mountains where he raped her repeatedly before he put a shopping bag over her head and forced her into the boot of his car.

The woman, then in her mid 20s, was rescued by two men who were hunting.

Murphy fled the scene and was arrested a short time later at his home.

He was released under an established practice in this country, which allows many prisoners to be granted remission equivalent to a quarter of the sentence imposed.

Thomas Murphy, a brother of the convict, said he had cut off all contact between himself and his sibling.

Speaking to RTÉ News, Thomas Murphy also said that media attention had been very stressful for his family and he appealed for its right to privacy to be respected.

This evening, gardaí were called to a residential unit for ex-prisoners in Coolock, after rumours circulated in the locality that Murphy was staying there.

Around 70 people reportedly gathered outside the unit.

Lisa Cuthbert, Prisoner Aid through Community Effort (PACE), said Murphy is not at or involved with the project and that PACE does not cater for ex-prisoner sex offenders.

She appealed to the local community not to gather at the unit.

Murphy to be monitored

Gardaí said a management plan has been put in place to monitor the activities and whereabouts of Murphy.

They said that while he does not have to formally register his address with them for seven days, the national sex offenders management unit will know where he is and what he is doing.

The unit is responsible for the management of over 1,100 sex offenders in Ireland.

Murphy will be considered a high-risk offender and therefore will also be visited by a member of the Garda Síochána at least once a month following his release.

Speaking on RTÉ's Morning Ireland, Dublin Rape Crisis Centre Chief Executive Ellen O'Malley-Dunlop said that any remission of a sex offender's sentence should be based on their participation in treatment programmes in prison. 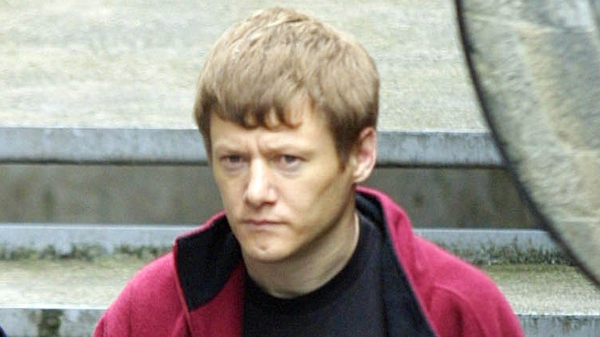