Israeli Prime Minister Benjamin Netanyahu has insisted his country acted lawfully in the raid on the Gaza-bound aid flotilla which killed nine activists.

In testimony before an Israeli panel, Mr Netanyahu accused Ankara of looking to gain from a high-profile confrontation between Turkish activists and Israeli forces on board the boat.

‘I am convinced that at the end of your investigation, it will become clear that the state of Israel and the IDF (Israeli Defence Forces) acted in accordance with international law,’ Mr Netanyahu told members of the Tirkel Commission as he began testifying about the raid.

‘I believe that all the details will become clear and you will get to the root of the truth,’ he said.

Facing the five-member panel and the two international observers, Benjamin Netanyahu opened his testimony with an explanation of Israel's policy towards Gaza's Hamas rulers, and of the rationale behind the naval blockade.

Turkey, he said, had made no effort to prevent the six-ship flotilla from breaking the blockade even though Ankara realised it was likely to end in confrontation.

‘Despite our diplomatic efforts, the Turkish government did nothing to halt the flotilla, which was organised by the radical Turkish organisation IHH which supports Hamas,’ he said.

Mr Netanyahu insisted he had ordered troops to make a 'supreme effort' to avoid hurting anyone on their mission to stop the boats from reaching Gaza.

'I asked for a, quote: 'supreme effort to be made to avoid harming anyone',' he said.

He also sought to reiterate Israel's long-held assertion that there is no humanitarian crisis in Gaza, just 'the perception of one'.

Prime Minister Netanyahu is the first of three top officials to give sworn testimony about the 31 May incident in which naval commandos stormed six aid ships.

Mr Netanyahu was not likely to face any awkward questions as the committee has a mandate which is restricted to examining the international legality of the naval blockade and of the actions taken to enforce it.

Panel members are not authorised to probe the decision-making process which led up to the operation, nor do they have the authority to question troops involved in storming the boats.

Defence Minister Ehud Barak will take the stand tomorrow, followed by Chief of Staff Gabi Ashkenazi on Wednesday, with both likely to be quizzed over the operational aspects of boarding the ships.

The creation of Tirkel Commission, its members and its mandate are all backed by Israel's cabinet. Its findings will be presented to the government, which has already blamed the bloodshed on the activists.

Israel has repeatedly said it has the right to stop vessels from reaching Gaza since it says they could be carrying weapons for the Islamist Hamas rulers of the enclave.

Last week UN Secretary General Ban Ki-moon named his own panel to look into the botched raid, which is set to begin work on Tuesday and includes representatives from Israel and Turkey. 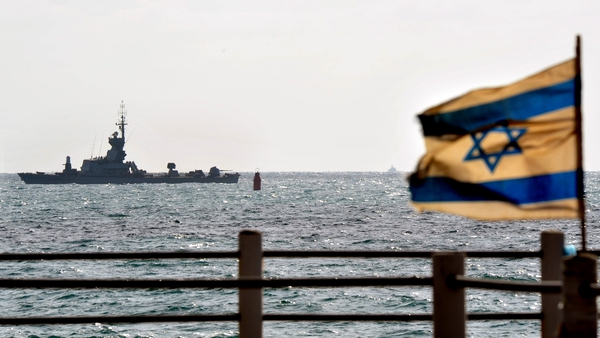