The Health Information and Quality Authority has found the Health Service Executive responsible for 'significant and serious shortcomings' in the duty of care to a number of children in foster care in the Dublin area.

HIQA says the HSE's fostering services in Dublin North West and Dublin North Central were 'in a state of crisis' at the time of the inspection process in 2009 and early this year.

HIQA says some children were not visited by a social worker for years, many children did not have a social worker assigned to them, contrary to regulations, and there were significant deficiencies in vetting carers, especially relative carers.

Chief Executive of HIQA Dr Tracey Cooper said the HSE had failed in its statutory duty of care to a significant number of children in the Dublin North West and North Central areas.

She said the shortcomings had been known for years and were still present in 2009 and 2010.

In Dublin North West, where 378 children were in foster care, inspectors notified the HSE of 59 possible child protection concerns arising from its review of case files.

Nearly half of the children in foster care did not have a social worker assigned to them and the HSE had failed to protect children from the risk of abuse or neglect.

Inspectors found that two children had been left in unsafe placements, even though allegations of abuse had been brought to the attention of social workers and the children were found to have been abused.

In another case, inspectors found that a child who had run away from the carers, amid allegations of physical and emotional abuse, was being returned to the carers by the HSE, prior to the outcome of an assessment into the allegation.

HIQA found that two other children had made previous allegations against these carers, which had not been investigated.

The inspectors were subsequently told that gardaí had been notified of the case and it was recommended the carers be removed from the panel.

In Dublin North Central, where 316 children were in care, inspectors raised safeguarding concerns relating to 38 children.

The system for managing allegations made by children against foster carers was found to be unsafe, some children were placed at unnecessary risk and carers received inadequate support.

One child had not been assigned a social worker since 2001 and concerns about a foster carer were not shared with social workers for other children living in the same placement.

The inspection in Dublin North found that foster care practices were mostly safe and well organised.

Minister for Children Barry Andrews has said it is unacceptable that the HSE's compliance with basic regulations relating to foster care should vary so wildly in parts of Dublin.

He said that the Government yesterday gave approval to prioritise the inspection of child protection by HIQA.

Minister Andrews said the proposed timeline for the development of HIQA's new standards for child protection and the monitoring of these standards will be brought forward.

It had been proposed that the new standards would be developed by February 2011 and that services would be inspected against the standards by September 2011.

The minister said that the recruitment of an extra 200 social workers this year will also help the HSE to deliver on its statutory responsibilities in this area.

The HSE has said that of the 217 children in foster care who the HIQA identified as requiring safeguarding visits, 214 visits have now been completed.

The Executive said that it has been working closely with HIQA in recent months to deal with the issues raised in inspection reports into foster care in parts of the Dublin area.

The HSE said that 75% of all children in care in the Dublin North East area have been allocated a social worker since last October. 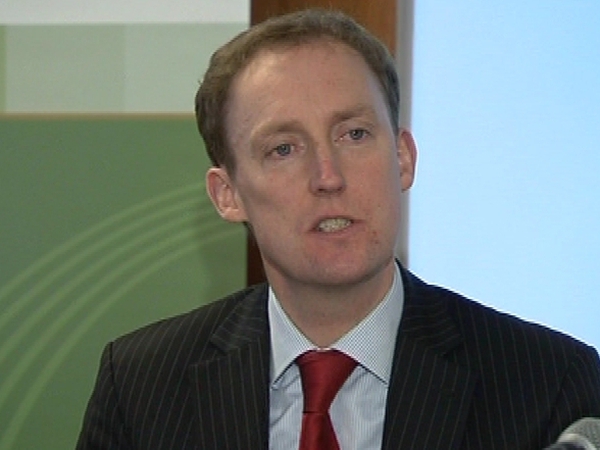