Mr Kenny said that he had no option but to sack Mr Bruton who he said did have an option.

Mr Kenny said he could not have a disloyal deputy leader sitting alongside him in the Dáil tomorrow when Fine Gael tables its no confidence motion in Taoiseach Brian Cowen.

He said Fianna Fáil adviser PJ Mara could not have dreamt up a better scenario.

Asked if he should resign, Mr Kenny said 'not at all'.

He said what mattered was loyalty and electoral success. He said the challenge was not nice and was regrettable and he would have to heal wounds in the party.

Earlier, Mr Kenny announced that he will table a motion of confidence in his leadership at a special meeting of the parliamentary party on Thursday.

Reacting to the news of his sacking, Mr Bruton said he will oppose the motion of confidence in Mr Kenny.

Mr Bruton said he believed Mr Kenny did not have the capacity to deal with the difficult problems that Ireland faced and he said people have lost confidence in him.

Mr Bruton said he believes a clear majority of the Fine Gael frontbench and parliamentary party want a change in leadership.

Mr Bruton said that if the confidence motion in Mr Kenny is defeated, he will offer himself as an alternative leader.

The immediate cause of the crisis was last week's Irish Times opinion poll, which put Fine Gael in second place, behind Labour.

However, there has been disquiet about Mr Kenny's leadership for some time.

Meanwhile, Kieran O'Donnell has been appointed to the position of party finance spokesman. 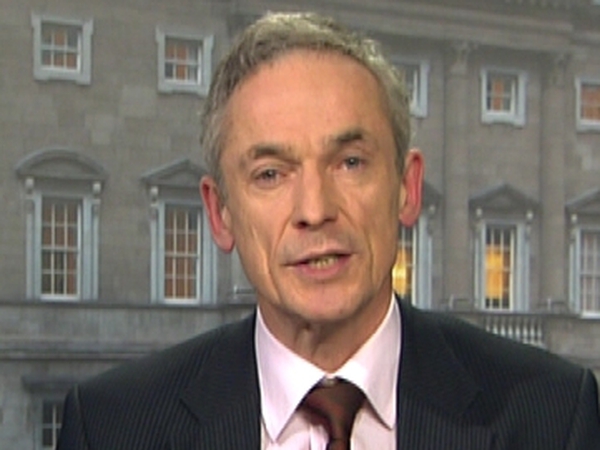