Fine Gael deputy leader Richard Bruton has refused to comment on speculation that he will challenge Enda Kenny for the leadership of the party.

Asked by RTÉ if he will go for the leadership of Fine Gael, Deputy Bruton refused to reply.

Earlier Fine Gael issued a statement saying that Enda Kenny will lead the party into the next general election.

The statement was in response to intense media speculation about the future of Mr Kenny as party leader in the wake of an opinion poll published during the week.

That poll indicated that the Labour Party enjoys the most support from voters ahead of Fine Gael, with Fianna Fáil in third place.

Meanwhile, members of Fine Gael have been expressing their support for Mr Kenny - speaking earlier, Alan Shatter, said he hopes any concerns can be discussed within the party.

A Fine Gael spokesperson said that neither Mr Kenny nor the party was going to be distracted by the panicked over-reaction by some to one opinion poll whose authors - Ipsos MRBI - already recognised that it would have to be amended.

The spokesperson said that Mr Kenny was focused 100% on the motion of no confidence in Brian Cowen as Taoiseach on Tuesday, and on delivering for all the supporters and members of the party who had helped build it. 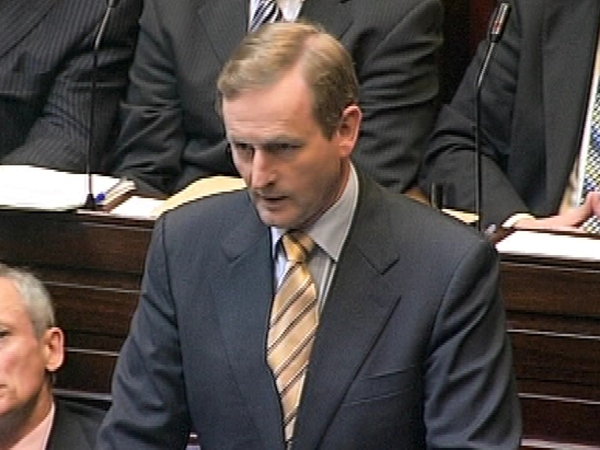