Opposition parties have called for an immediate election in the wake of the latest opinion poll findings.

According to the second part of an opinion poll in today's Irish Times, a majority of the electorate want a General Election before the end of the year.

The Ipsos MRBI poll offered voters two choices for Taoiseach after the next election: the leaders of Fianna Fáil and Fine Gael.

Of those asked, 21% said they would like to see Brian Cowen return as Taoiseach, while 30% opted for Fine Gael leader Enda Kenny.

However, 40% said they wanted neither of these choices, while 9% did not know.

Voters were not asked about Labour leader Eamon Gilmore, whose party is the most popular in the State according to the first part of the poll.

Questioned about the three pending bye-elections, 60% said they should be held now, 24% did not want them held immediately and 16% had no opinion.

He said people clearly want a change, and the Government has no mandate.

Asked whether Enda Kenny’s leadership was secure he said there is no leadership contest, but that polls generate discussion and debate.

Labour’s Joan Burton said a fresh start is needed, and that people deserve a chance to give a verdict on the Government.

She said Brian Cowen was appointed Taoiseach by Fianna Fáil and should go before the electorate in a general election.

At the very least, Deputy Burton, said the three bye-elections and the Dublin mayoral election should take place as they would amount to a perfect opinion poll for the Government.

Deputy Burton also said the latest opinion poll showed Eamon Gilmore had reached a threshold, and it would be extraordinary if he was not included in the main leaders’ debates on RTÉ prior to the next election.

Brian Lenihan defends Govt mandate
Earlier, Minister for Finance Brian Lenihan said that the Dáil is elected over a five-year period to do a job and it is crucial that the Government has time to solve the economic problems.

Mr Lenihan said that will not be done if there is an early General Election.

He was speaking at the opening of Mountview Community Centre in his Dublin constituency.

The Minister said the Government wants to do the right thing for the country and they want to use all the time they have to do it.

Mr Lenihan said Opposition parties, who would form the next Government on the evidence of the poll, have not put forward a coherent policy on how they would tackle the economic problems.

He also said the Taoiseach has the full confidence of the Fianna Fáil party facing into the Dáil confidence motion next week.

The motion is being tabled by Fine Gael leader Enda Kenny in the wake of two banking reports on the handling of the economy.

Tánaiste Mary Coughlan said the Government would put down a motion of 'full confidence' in the Taoiseach, which will be debated on Tuesday afternoon. 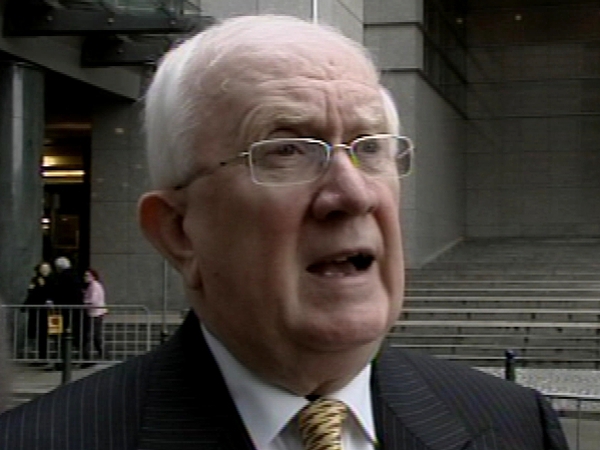