The judge in charge of the Commercial Court has urged Anglo Irish Bank to consider at the highest level and as a matter of urgency whether it wants to continue to claim legal professional privilege over certain electronic documents seized by the Director of Corporate Enforcement as part of his investigation into the bank.

Mr Justice Peter Kelly said it was a curious state of affairs that the State-owned bank, was claiming privilege over material in relation to an investigation being carried out by an officer of the State.

He said this was delaying the investigation.

The bank was entitled to claim privilege, he said, but he believed it should reconsider 'at the highest levels' whether it was wise, prudent or sensible to do so.

The bank is claiming that documents relating to legal advice furnished to it, ought not be disclosed to the Director of Corporate Enforcement.

The judge made his comments after being told of the huge difficulties faced by the investigators in separating electronic documents relevant to the investigation from those claimed by the bank to be privileged.

Procedures have already been put in place between the Director and the bank to cover written documents.

Lawyers for the Director told the judge it was like 'walking through a minefield'.

Senior Counsel Paul O'Higgins said the electronic material seized contained several million records and it was proving logistically difficult, if not impossible, to separate the legally privileged material without damaging the original data.

Mr O'Higgins said the Director of Corporate Enforcement, Paul Appleby, had asked the bank not to rely on legal professional privilege.

But he said when he was informed that the bank would be relying on privilege, he did not ask them why they would be doing this.

Mr Justice Kelly adjourned the matter for a fortnight to allow lawyers for the bank to address the issue 'at the highest level and as a matter of urgency'.

Mr Appleby said last week that he expected his inquiry to be finished within months. 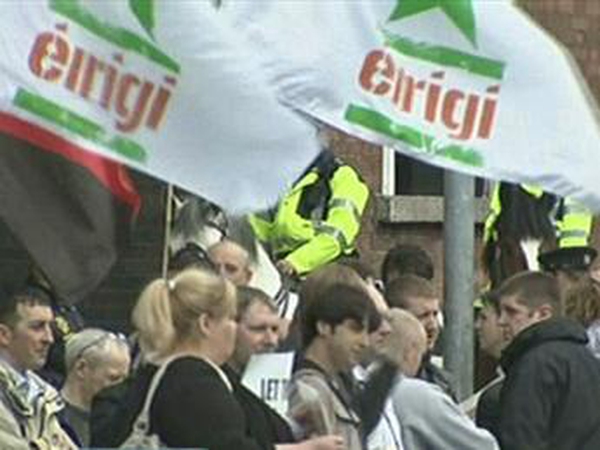