A Fianna Fáil TD has called for the outgoing president of the Garda Representative Association to be removed from the force for a speech, which was not delivered, in which he planned to criticise the Government and Fianna Fáil.

Limerick West TD Niall Collins said Michael O'Boyce should not be accusing the Government of robbery and corruption if he is part of an agency of the State charged with investigating those types of crimes.

Speaking on RTÉ Radio's Late Debate last night, Mr Collins said Mr O'Boyce had overstepped the line and should resign from the force and if not the Garda Commissioner should remove him.

However, Mr O'Boyce said he does not expect to be sacked.

Mr O'Boyce said he will return to Inisowen and continue to serve the people of Donegal as a Garda for the next ten years.

Incoming GRA President Damien McCarthy says he agrees that the Government, Fianna Fáil and the Minister for Justice have been corrupted by years of power.

Mr McCarthy said he supports the comments of his predecessor 100% and without reservation.

Meanwhile, GRA General Secretary has denied that the speech indicates that members of the gardaí are becoming involved in politics.

PJ Stone was speaking after Minister for Justice Dermot Ahern withdrew from his scheduled appearance at the Association's annual conference yesterday, accusing it of crossing the line into politics.

Mr Stone said that Minister Ahern's office had Mr O'Boyce's controversial speech since last Friday, but only confirmed that the Minister would not be attending the conference two hours before the speech was due to be delivered.

The GRA insists the comments reflect the views of its members and that it has both the right and a duty to represent them.

Three members of the Seanad have strongly criticised the comments as highly dangerous, irresponsible, not acceptable and bordering on anarchy.

Speaking in the Seanad, he said accusing the Government of national sabotage and corruption was not acceptable.

Senator David Norris said that had been a highly dangerous thing to say, while Senator Lábhras Ó Murchú said the comments were irresponsible and bordered on anarchy.

Elsewhere, the Garda Commissioner has said that gardaí who fall into debt will not be sacked.

He was responding to concern among gardaí that because of the garda code on civil debts members could lose their jobs if they fall into arrears on their mortgage payments.

He also insisted however that the ban on gardaí doing certain part-time paid work would remain. 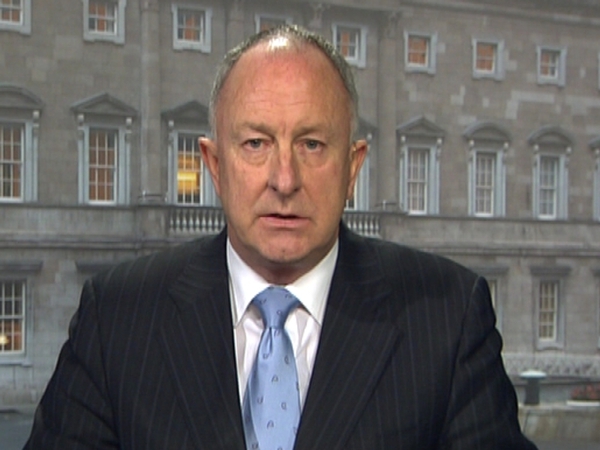