The Minister for Transport has said the Government will not be providing compensation to the aviation industry after the recent transport chaos.

Minister Noel Dempsey said Ireland does not have the money in the current economic climate and the recommendation by the EU that national governments compensate the airlines is just that - a recommendation.

The European Commission estimates the volcanic ash emergency has cost the air transport sector up to €2.5bn.

In his first report on the crisis, EU Transport Commissioner Siim Kallas said national governments would have to compensate airlines.

However, they can only do so in a way that would not give one company a competitive advantage over another. Mr Kallas insisted that passenger rights under EU law must be applied.

The sheer scale of the volcanic ash emergency is now becoming apparent.

Based on preliminary figures, the European Commission estimates that 100,000 flights were cancelled, which left 10m passengers either stranded or unable to travel.

Today, the Commission said it would speed up the rules allowing governments to put money directly into airlines.

'The closure of airspace in the EU justifies the adoption of measures to introduce, on a temporary basis, flexibility in the application of current rules and policies to ease the pressure on airlines and help with immediate cash flow problems,' the Commission said in a statement.

But there was a warning from the Commission that passenger rights must be respected and compensation rules will apply.

Overall the Commission, working with transport ministers, aims to create a more flexible risk management system to ensure there is no repeat of last week's crisis.

As such, they want to bring forward plans for a single European airspace regulator to replace the amalgamation of 27 separate airspaces.

Elsewhere, the Dublin Airport Authority has said the disruption cost the company up to €8m.

Around 3,200 flights at Dublin, Cork and Shannon airports were cancelled, which affected 400,000 passengers.

DAA Chief Executive Declan Collier said the company was still counting the cost as the effect of delays and cancellations was still working its way through the system. 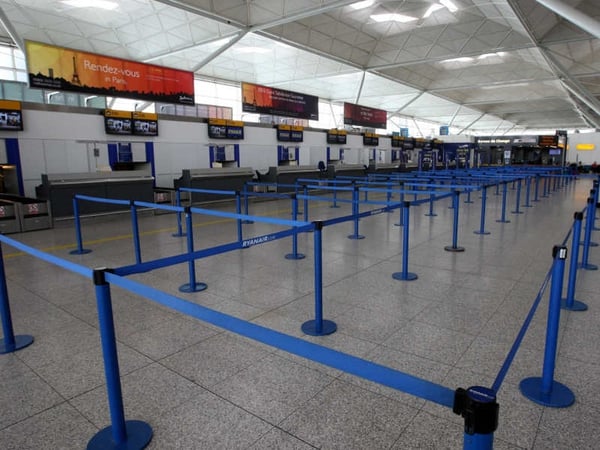