The Consular Crisis Centre set up by the Department of Foreign Affairs to assist those stranded overseas has taken 300 calls this afternoon.

These are emergency cases and all embassies have been taking calls too.

The main problem has been people with health problems running out of medicines. The Department has been able to provide assistance in these cases.

There have been a few emergency cases in Cherbourg ferry port but with the help of Irish Ferries the Department has been able to get these people on sailings to return home for family reasons.

The crisis centre lines will reopen at 9am tomorrow morning.

Meanwhile, hundreds of thousands of travellers face a fifth day of disruption tomorrow as the volcanic ash plume continues to drift south and east of Iceland.

The cloud of volcanic ash that has covered much of Northern Europe still is not clearing and it remains unsafe for planes to take to the skies.

Ryanair has cancelled all flights into and out of Ireland and the UK, as well as most services in Northern Europe, until at least 1pm on Wednesday 21 April.

Aer Lingus has confirmed that all UK, European and US flights scheduled to depart tomorrow, Monday 19 April have been cancelled.

The International Civil Aviation Authority says the disruption to air travel is greater than the shutdown of airspace following the 11 September attacks in the US.

The Irish Aviation Authority has extended the closure of Irish airspace to commercial traffic until at least 1pm tomorrow.

The IAA said: 'No commercial passenger flights, including North American traffic, will operate from any Irish airport during this period.

'Met experts are predicting that the prevailing weather conditions will continue in the coming days. Ongoing restrictions are therefore likely.'

The IAA said it has based its decision on the latest reports from the Volcanic Ash Advisory Centre in London.

Maurice Mullen of the Department of Transport has said restrictions on air travel are likely to remain for most of this week.

Mr Mullen was speaking after this morning's meeting of the Government's task force on emergency planning.

Meanwhile, the cost to the air travel industry is now expected to rise, as around 17,000 flights were cancelled yesterday and thousands of passengers were left stranded.

Dutch airline KLM has said a test flight it carried out yesterday had revealed no engine damage or other problems from volcanic ash and it would run a further nine test flights.

A spokesman said: 'We have not found anything unusual and no irregularities, which indicates the atmosphere is clean and safe to fly.'

The European Commission is to set up a group to assess the economic impact of the crisis and said any steps taken across the EU needed to be properly coordinated.

'I have asked (EU Transport Commissioner Siim) Kallas to coordinate the Commission's response and fully assess the impact of the situation created by the volcanic ash cloud on the economy, and the air travel industry in particular.

'It is important that all measures to be considered are coordinated at the European level.' 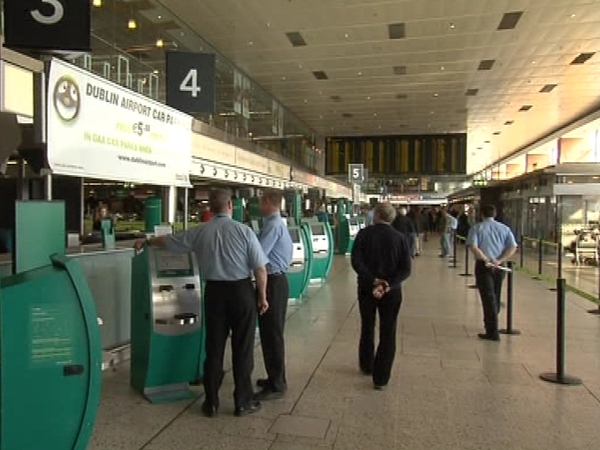