The Irish Aviation Authority lifted airspace restrictions at 10am, but a small section of airspace off the south coast remains closed as a precaution.

The Emergency Response Co-Ordination Committee has said that although Irish airspace has reopened the problems with the volcanic ash are not over.

Denis Daly of the Irish Aviation Authority said disruption to flights is likely to continue in the rest of Europe for some time yet because the plume of ash has moved further east.

However, airport closures across the UK and Europe are still causing significant delays for Irish passengers.

A spokesperson for Shannon has said nearly every flight in and out of the airport has been cancelled today.

Ryanair has cancelled most of its European flights until at least 1pm on Monday.

Passengers are advised to check with their airlines' website before travelling.

The company has acknowledged that some passengers already checked in online for return legs of flights that are now cancelled, are having difficulty rebooking via the company website or links the company has emailed to them.

A spokesperson said those passengers will have to phone Ryanair reservations from 8am tomorrow morning in order to complete new bookings.

The numbers for the different reservations centres across Europe are listed on the website, accoring to the airline.

Evelyn Cusack of Met Éireann said high pressure has pushed the plume of ash east of Ireland and it never came over the island.

However, she said a change in the winds on Monday or Tuesday could bring it back over the country.

But, she said, heavy rain in Iceland may wash the particles out of the air before then.

The ERCC says it has no concerns about public health, the environment or air quality as a result of the situation but that they are continuing to monitor it closely.

They say the Department of Foreign Affairs has not had any significant contact from people abroad looking for assistance and it is advising anyone in this situation to keep in contact with their airline.

The Committee will meet again tomorrow at 11am.

The IAA says it is concerned that the Eyjafjallajokull volcano in Iceland is still erupting but feels it is safe to reopen airspace at this time. The situation may change depending on weather conditions.

The authority says the ash plume has cleared from the island and the skies are now clear for commercial traffic.

Donie Mooney, IAA Director of Operations, has said there was no knowing when air travel could return to normal. 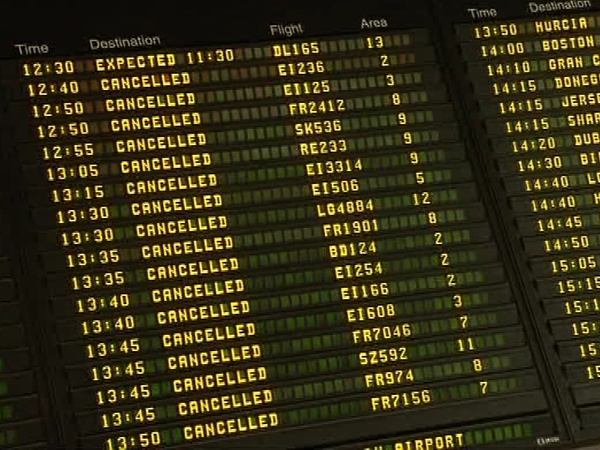