The High Court has appointed permanent administrators to Quinn Insurance.

Mr Justice Nicholas Kearns was told that the company was no longer opposing the Financial Regulator's application to have the provisional administrators appointed at the end of last month made permanent.

The High Court was told there had been considerable progress made between the parties since the matter was last in court on Monday.

Mr Justice Nicholas Kearns said that having read the material presented to him, he was satisfied this was an appropriate case in which to make such an order.

However, he said there was sufficient material before him to make the order.

The judge appointed Paul McCann and Michael McAteer of Grant Thornton as administrators to the company.

He also granted them the power to act separately if necessary.

Mr Justice Kearns said it was important to stress, particularly in view of the concerns of employees that part of the statutory function of the administrators was to carry on the business as a going concern with a view to placing it on a sound commercial footing.

Lawyers for the administrators said they wished to deliver their first report in a month.

The case will be mentioned before the court again on the 20 May.

In a statement, Jim Quigley, Chairman of Quinn Insurace Ltd, said:'This decision has been taken after very careful consideration.

'We have concluded that, given what has happened, it is in the best interests of the Company, our employees and policyholders that, as a matter of urgency, we work closely with the Administrators and the Financial Regulator to get the situation resolved as quickly as possible.

In particular, we would hope that working together we can find a way to re-commence business in the United Kingdom.'

The regulator welcomed the High Court's decision to confirm the appointment of administrators at Quinn Insurance, saying that the step was in the best interests of policyholders.

The regulator said Quinn Insurance was still able to pay claims and renew policies in the normal way in the Republic of Ireland and continued to settle claims in the UK.

It said it would continue to work with the administrators and the Quinn Insurance board to address issues to resolve the financial position of the firm in the interests of its policyholders.

'Separately, the Financial Regulator continues its own investigations into the circumstances surrounding the creation of the guarantees,' it said.

Later, a statement from the administrators said: 'As administrators of Quinn Insurance Limited it remains our court appointed duty to place the company on a sound commercial and financial footing.

'We already have a highly skilled team on location in Cavan, Dublin, Navan, Manchester and Enniskillen which will continue assessing the Quinn Insurance business.

'Since our appointment as provisional administrators on the 30 March we have received excellent cooperation from the staff and management in all locations in what have been difficult circumstances.

'We will continue to engage constructively with staff and management at QIL as we endeavour to secure the future of the company.

'Customers of the company continue to be unaffected by our appointment - all valid claims will be met.
Customers with queries should contact Quinn Direct in the usual manner.'

The company has been increasingly concerned about the damage it is suffering as a result of the ban on it doing business in Northern Ireland and the rest of the UK.

Yesterday, Financial Regulator Matthew Elderfield told an Oireachtas Committee that the motivation of his office was to protect policy holders.

This evening in a statement, the Financial Regulator said: it 'has received proposals from the Administrator with a view to lifting parts of its direction with regard to certain business lines of Quinn Insurance Ltd UK.

'The Administrator is to forward further details regarding these proposals and we will give these prompt consideration.

'We remain encouraged by the nature and quality of our engagement with the administrator in this and other respects.' 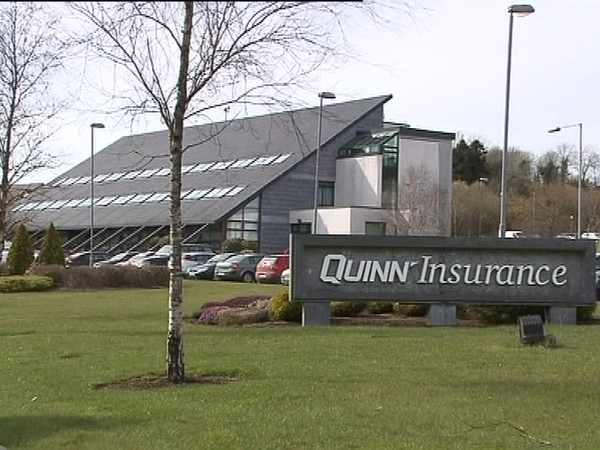 Quinn hearing adjourned for a week