A 14-hour operation to separate conjoined twins, Hassan and Hussein Benhaffaf from Cork, has been completed at Great Ormond Street Hospital in London.

Cork native Edward Kiely, a consultant paediatric surgeon who led the surgery, said the hospital is pleased with how the operation went.

The twins are said to be in a sedated but stable condition in intensive care.

The twins’ parents, Angie and Azzedine Benhaffaf, expressed their relief at the outcome.

'The sun is shining today for our two little fighters, who have won the battle of their lives,' they said in a statement.

‘Words cannot express the relief and love we feel for our two boys. We thank God, we thank the surgeons and the gifted team at Great Ormond Street Hospital, and we thank from the bottom of our hearts the Irish nation and everyone who prayed for our beloved twins.

‘We are so proud of the courage and strength that Hassan and Hussein have shown, and they both have made the world a much better place with them in it.’

The boys were born on 2 December 2009. They were joined at the chest but did not share any major organs. 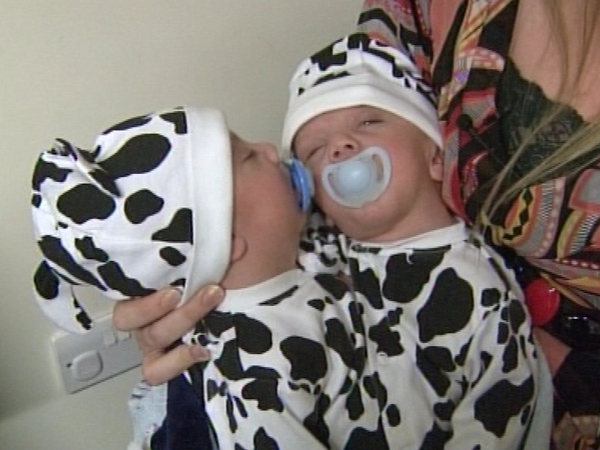