Conjoined twins Hassan and Hussein Benhaffaf from Cork are undergoing surgery to separate them at Great Ormond Street Hospital for Children in London.

Hassan and Hussein are now four months old and doctors who have been closely monitoring their progress have determined this to be the optimum time to perform the marathon separation.

The surgery, which is scheduled to last more than 20 hours, began this morning.

It is being led by Consultant Neonatal and Paediatric Surgeon Edward Kiely.

Dr Kiely has been managing cases of conjoined twins at Great Ormond Street Hospital for Children in London since the 1980s.

Dr Kiely has declined to comment on the operation, but he has said that in cases like this where doctors have the opportunity to plan the surgery and the twins are stable, the chances of both surviving are high.

The twins and their parents, Azzedine and Angie, have been in London preparing for the surgery for the past two-and-a-half weeks.

The family have appealed for people to remember them in their thoughts and prayers today.

An update on the condition of the twins is not expected from Great Ormond Street Hospital before tomorrow morning.

Angie Benhaffaf says the family has been overwhelmed by the support they have received since Hassan and Hussein's birth and has written a poem for her children. 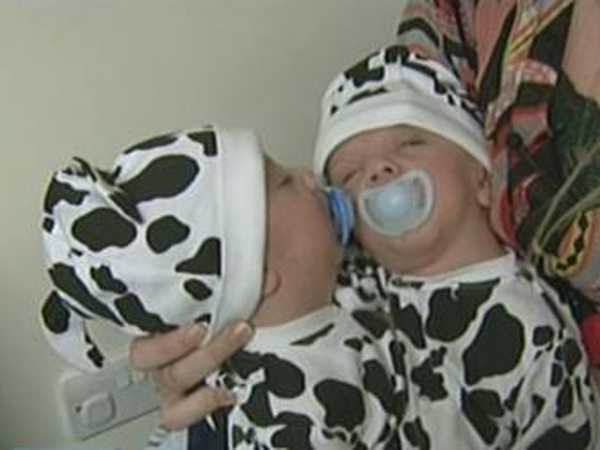