Cardinal Seán Brady has announced that a parish priest in his diocese has agreed to take leave from his ministry in the light of information relating to child safeguarding issues.

Doctor Brady said that this was to allow the civil authorities, which had already been informed, to investigate the matter.

But he emphasised that the priest continued to enjoy the right to the presumption of innocence whilst the matters were being investigated.

According to a message posted on the Armagh diocesan website, the Cardinal made the announcement yesterday evening after celebrating Mass in the parish concerned. The parish has not been identified.

Meanwhile, Archbishop of Dublin Diarmuid Martin has asked Catholics who are considering leaving their church because of the clerical child abuse crisis to join in taking responsibly for it from within.

Noting that these were not easy days for him personally, he underlined that the many believers who wished to journey together on the path of renewal would inevitably be embarking on a way of the cross.

He also warned a congregation at the Dublin’s Pro-Cathedral that their church would be not be reformed by protestations from non-believers.

Pope Benedict indicated today that his faith would give him the courage not to be intimidated by critics.

The pontiff led tens of thousands of people in St Peter's Square in a Palm Sunday service at the start of Holy Week.

While he did not directly mention the scandal involving sexual abuse of children by priests, parts of his sermon could be applicable to the crisis he and the Roman Catholic Church are facing.

The pontiff said faith in God helps lead one ‘towards the courage of not allowing oneself to be intimidated by the petty gossip of dominant opinion’.

He also spoke of how man can sometimes ‘fall to the lowest, vulgar levels’ and ‘sink into the swamp of sin and dishonesty’.

One prayer read at the Mass asked God to help ‘the young and those who work to educate and protect them’, which Vatican Radio said was intended to ‘sum up the feelings of the Church at this difficult time when it confronts the plague of paedophilia’.

RTÉ.ie is not responsible for the content of external websites. 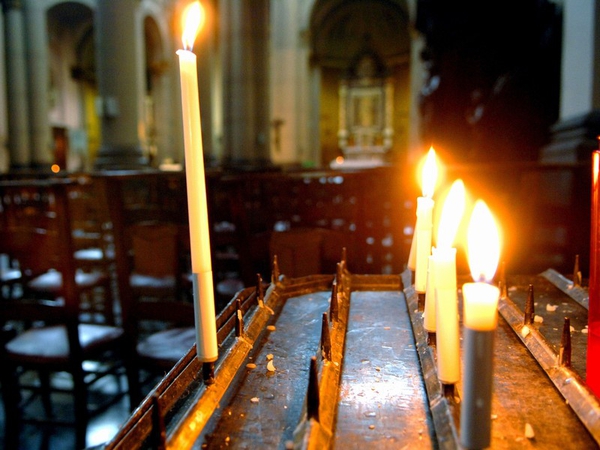