Green Party Leader John Gormley has defended his party's record in Government and claimed that tough and decisive action had sown the seeds of economic recovery.

In his keynote address to the Green Party Convention in Waterford, Mr Gormley said nobody should underestimate the resilience and determination of the party.

There were no new policy announcements in Mr Gormley's address to his Party's convention - instead he concentrated on defending the Green record in Government, attacking the opposition and assuring the public that tough decisions had set the country on the road to growth.

He said cuts in public spending, closing tax loopholes and pursuing tax exiles had sown the seeds of recovery.

Mr Gormley said where other parties talked about reform - the Greens had delivered, and would continue to do so, in areas like local government reform, corporate donations, energy, transport and waste.

He again criticised Fine Gael councillors for what he claimed was ‘mad rezoning' and urged Enda Kenny to take them to task, adding that his new planning bill would put an end to irresponsible re-zoning.

Mr Gormley said Government was not for the faint-hearted, especially during the worst economic crisis that Ireland has ever seen - but he would take the same decision again on entering Government.

He warned his critics not to underestimate the resilience and determination of the Greens, saying they would go on, and would continue to fight for a fairer and more equal society.

Bank system must be cleaned up - Ryan

The Minister told the Green Party Convention in Waterford that the banking system must be cleaned-up at the lowest cost and with the greatest possible protection for the Irish people.

He said allowing Anglo to go under would be a lovely prospect, but it would not be the best solution.

Earlier, delegates passed a motion calling for the party to take a leading role in separating State and Church - and in particular for the removal of the requirement for primary school teachers to reach religion

New Junior Minister Ciarán Cuffe said the Greens in Government would not shirk their responsibilities - they were, he said, clear and focused about what has to be done to turn the country around and put the economy on the path to sustainable recovery.

Delegates also voted overwhelmingly in favour of setting a deadline of early next year to introduce a ban on corporate donations.

The party is also in favour of a call for cutting employer PRSI for all those hired under the age of 26.

The lower rate would remain in place until the employee has reached 26.

Senator Niall Ó Brolcháin, speaking for the motion, said that we need to remove blockages to the employment of young people.

He said the Greens are a party of youth and innovation and we must not force our young people to take the emigrant ship.

One of the difficulties, he said, is that young people find it difficult to get experience after college.

The party also passed a motion calling on members to boycott waste companies that direct waste to incineration, except where incineration is necessary due to the nature of waste.

Elsewhere, Green Party leader John Gormley has said the party expects the Government to see out the remainder of its term in office, and to implement the bulk of the Programme for Government in that time.

At a news conference, Mr Gormley said he could not predict when the General Election would be.

He said backbench dissent within Fianna Fáil was a matter for that party.

Mr Gormley declined to comment on internal party discussions on the rotation of ministerial positions.

He said the party was 'buoyed up' as a result of the Government reshuffle during the week, which saw the Greens gain an extra junior ministerial position.

Dublin Mid-West TD Paul Gogarty, the only Green deputy who will not serve as a Minister in the lifetime of the Government, said he was not disappointed by the reshuffle.

He claimed he had achieved more than most TDs by protecting funding for education.

Outside, thousands of protestors gathered outside the Tower Hotel in Waterford City to protest at various Green Party and Government policies.

Hunting supporters have protested at the commitment to ban stag hunting.

It was part of the revised Programme for Government agreed between the Green Party and Fianna Fáil last year.

A group of animal rights protestors also highlighted their cause. 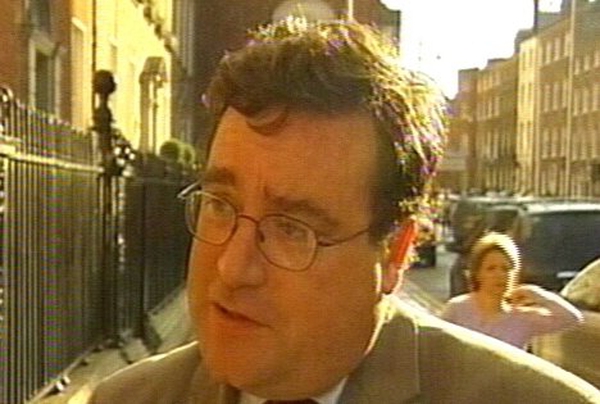