The Court of Criminal Appeal has refused Catherine Nevin access to information given to an inquiry into the 1974 Dublin-Monaghan bombings.

Lawyers for Mrs Nevin claimed the information was relevant to her application to have her conviction for murder declared a miscarriage of justice as it could undermine the credibility of a key prosecution witness.

Catherine Nevin, 58, was found guilty ten years ago of the murder of her husband Tom at their pub, Jack White's Inn in Brittas Bay, on 19 March 1996.

She was also convicted of soliciting three men, Gerry Heapes, William McClean and John Jones, to kill her husband in 1989 and 1990.

The three-judge appeal court ruled this afternoon that the information on the 1974 bombings, over which the State had claimed privilege, had no relevance to the current case.

Mrs Nevin also wants to see a garda security file on William McClean, which she claims could undermine his credibility.

Earlier, a newspaper journalist told the Court of Criminal Appeal that she was asked to ‘spin’ positive stories about Catherine Nevin in exchange for an exclusive interview on her release from prison.

Sunday World journalist Niamh O'Connor refused to name the person who approached her on Catherine Nevin's behalf but agreed it was a ‘professional person’.

Ms O’Connor was questioned about an article she wrote in February 2008, which claimed William McClean was a garda informer with paramilitary links.

Ms O’Connor said she told the person who approached her that she would not spin stories.

She told the court while she had tried once before, she now had no wish to interview Catherine Nevin.

She said she had written a book on Mrs Nevin and believed she had murdered her husband.

Lawyers for Nevin argued that the ‘suspect antecedent form’ represents a ‘newly discovered fact’ and that its existence was only brought to their attention when the newspaper article was published eight years after Catherine Nevin was jailed for life.

They also wanted access to information given to an inquiry into the Dublin-Monaghan bombings, claiming that it could show William McClean was a garda informant.

Counsel for Mrs Nevin Hugh Hartnett said if that were the case William McClean's status as a prosecution witness would change significantly.

The State has claimed privilege over the documents saying the archived material from the inquiry contained documents which are private, confidential and secret.

Lawyers for the Department of the Taoiseach argued that the disclosure of information given to the inquiry on a confidential basis could pose a risk to life, the security of the State and damage relations between the State and other countries.

Mr Hartnett said if the material was of that nature it would tend to show that William McClean was more than the petty fraudster the gardaí said he was.

He said if a person was looking for an assassin they did not start asking people of good character to do it.

Saying that Mr McClean was a garda informer or that he had given gardaí information on some or other matter would not impinge on his character, he said.

The court heard that during the trial Mr McClean ‘emphatically’ denied having any links with paramilitary organisations.

Gardai have also told this hearing that the intelligence file on him was a ‘worthless’ document.

The Court of Criminal Appeal has declined the application for access to the documents relating to the Dublin-Monaghan bombing.

However, Mr Justice Adrian Hardiman said while the newspaper article had ‘overstated’ the suspect antecedent history form, the form did raise a number of questions.

The judge said while gardaí had dismissed the form as worthless and he had been given the impression that someone drew it up while messing around on a computer, if this was the case, its title was misleading.

He said it had 35 headings and was for people suspected of or charged with serious crime and was hardly something someone would dream up on a wet afternoon.

He also said it was unusual that while all garda documents had numbers - this had none.

The case has been adjourned to April. 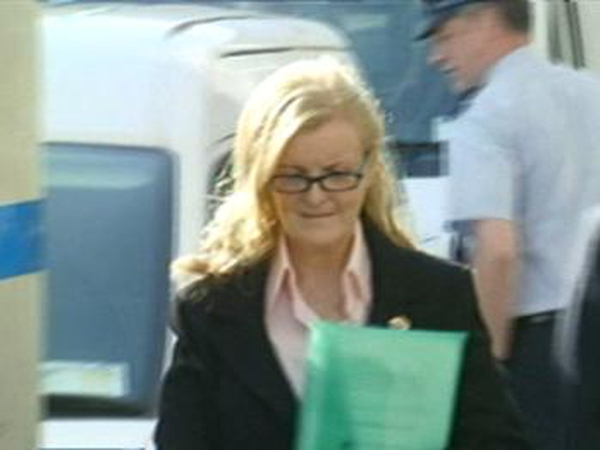