Pope Benedict XVI has accepted the resignation of Bishop of Cloyne John Magee.

For the past year, Bishop Magee has fended off calls for his resignation after a church-appointed watchdog found that child protection practices in his Diocese were ‘inadequate and in some respects dangerous’.

In a statement today, Bishop Magee begged the forgiveness and pardon of those he had failed in any way or who had been made suffer through any omission of his.

In his parting statement, Bishop Magee reiterated that he accepts responsibility for child protection practices that were sharply criticised over 15 months ago by the Independent Board for the Protection of Children in the Catholic Church.

Among other things, the board found that the diocese had delayed - for as long as six years - informing gardaí of allegations and that it was normal practice not to identify alleged perpetrators to the gardaí.

In today's statement, the Bishop recalls that three months after the report's publication, the Vatican agreed to free him from the burden of administering the diocese so that he could concentrate on co-operating with the Government-appointed Murphy Commission after its remit was extended to investigate Cloyne.

A Commission source told RTÉ News that it expects to report within three months.

Today's resignation comes in spite of Cardinal Seán Brady's controversial remark early last year that Bishop Magee should stay in office to continue to take what he called ‘genuine steps’ to address the issues and the concerns of victims.

In his statement today Bishop Magee, from Newry, Co Down, said he wanted to sincerely apologise to victims of abuse in Cloyne.

'To those whom I have failed in any way, or through any omission of mine have made suffer, I beg forgiveness and pardon,' he said.

He said he takes full responsibility for child protection failures and pledged to continue working with Judge Yvonne Murphy's inquiry into the handling of abuse allegations in the diocese.

'I also sincerely hope that the work and the findings of the Commission of Investigation will be of some help towards healing for those who have been abused,' he said.

'I welcome the fact that my offer of resignation has been accepted, and I thank the priests, religious and faithful of the diocese for their support during my time as Bishop of Cloyne, and assure them of a place in my prayers always.'

Responding to the announcement, Cardinal Brady said in a statement: 'I wish to acknowledge the long and varied ministry of Bishop John Magee in the Church. I thank him for his contribution to the work of the Irish Bishops' Conference over the past twenty years, particularly in the area of liturgy. I assure him of my prayers at this time and wish him good health in his retirement.'

'However, foremost in my thoughts in these days are those who have suffered abuse by clergy and those who feel angry and let down by the often inadequate response of leaders in the Church,' he said.

His daily duties were taken over by Dermot Clifford, Archbishop of neighbouring Cashel and Emly, last year. 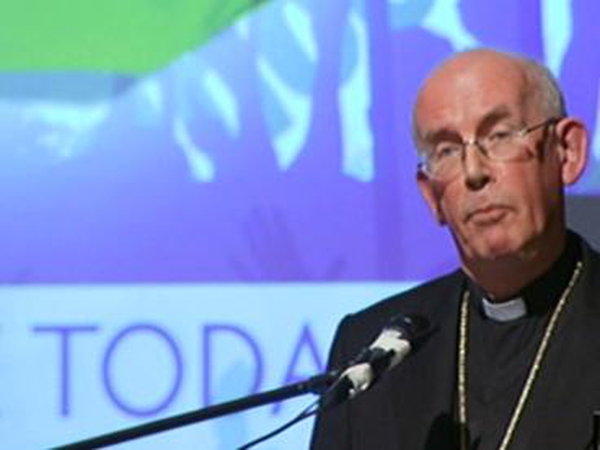