The first strike, made up of five missiles, targeted a militant compound and a vehicle in Mazoni village, about 10 km west of North Waziristan's main town of Miranshah.

Two missiles were fired into Datta Kheil area, 40 km west of Miranshah, in the second attack.

‘Nine militants have been killed, eight of them are foreigners,’ an intelligence official said, adding that the nationality of the foreign militants could not be ascertained.

US officials say the pilotless drones are one of the most effective weapons against militants. The strikes have killed senior Taliban and al-Qaeda figures.

But they have caused resentment in overwhelmingly Muslim Pakistan, where anti-American feeling runs high.

Despite government assertions that the army and security forces have taken control of Taliban bases, militants still demonstrate the ability to attack a wide range of targets, from army headquarters to crowded markets, killing hundreds since October. Last week, six bombings killed 81 people.

The Pakistani government, an ally of the US, wants the Americans to provide them with drone technology so the country's military can carry out its own strikes.

Elsewhere, a group of militants attacked a security checkpoint early on Wednesday on the outskirts of Peshawar, the provincial capital of the North West Frontier Province, killing three paramilitary troops and two policemen, said a police official.

In Karachi, Pakistan's biggest city and commercial hub, four activists of a local political party were gunned down and one wounded in a drive-by shooting, senior police official Ghulam Nabi Memon said. 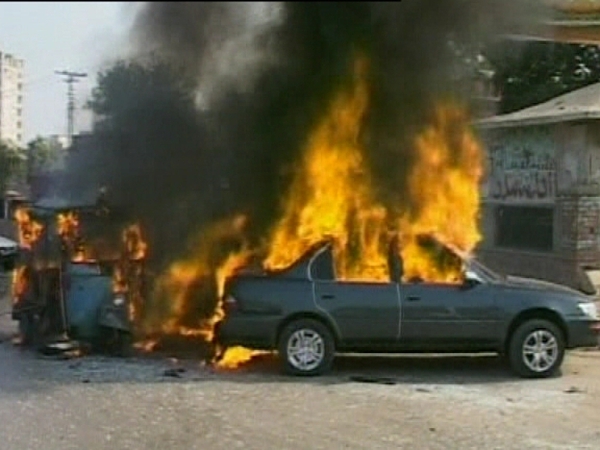