Cardinal Sean Brady has defended his role in the Church's handling of child sex abuse allegations against Fr Brendan Smyth.

Dr Brady has indicated he will not be resigning after his admission he was present at meetings where victims swore not to reveal the Church was investigating Fr Smyth.

Speaking in Co Armagh this afternoon, Cardinal Brady rejected claims that he had failed to act.

He said that he had acted - by being part of a process which resulted in Fr Smyth having his licence to practice as a priest removed.

Cardinal Brady said that three weeks after he had submitted a report to the then Bishop of Kilmore, Bishop Francis McKiernan, Smyth was suspended from practicing as a priest in the Diocese of Kilmore and throughout the country.

When asked why he had not contacted the relevant statutory authorities, Cardinal Brady said that he was not the designated person to do so.

He would not resign because he did not think it was a resigning matter.

Campaigner for victims of clerical child abuse Colm O'Gorman has said the Catholic Primate must resign.

Cardinal Brady last night confirmed he represented his Church at such meetings.

On RTÉ Radio’s This Week programme, Mr O'Gorman said the harm done by the oath of secrecy victims were forced to take was very significant and Cardinal Brady's position was now impossible because he lacked credibility.

In a statement, the Cardinal's spokesman says Dr Brady was investigating the victims' complaints in 1975 in his capacity as part-time secretary to Dr Francis McKiernan.

He said there was no effort on the Cardinal's part to cover-up for the late Fr Smyth.

Fr Smyth was based in Kilnacrott Abbey, Co Cavan, which is in the diocese of Kilmore.

The Cardinal's spokesman said, under instructions from the Bishop, Dr Brady was present when the victims ‘signed undertakings, on oath, to respect the confidentiality of the (Church's) information-gathering process’.

The spokesman said he presumed that the Church proposed the undertakings should be signed.

He said at one of the meetings, in Dundalk, Dr Brady acted as recording secretary and at the second, in Ballyjamesduff, he asked the questions and recorded the answers given.

The spokesman said, as instructed, and as a matter of urgency, Dr Brady passed both reports to his Bishop for his immediate action.

Read the full statement from the Cardinal's office 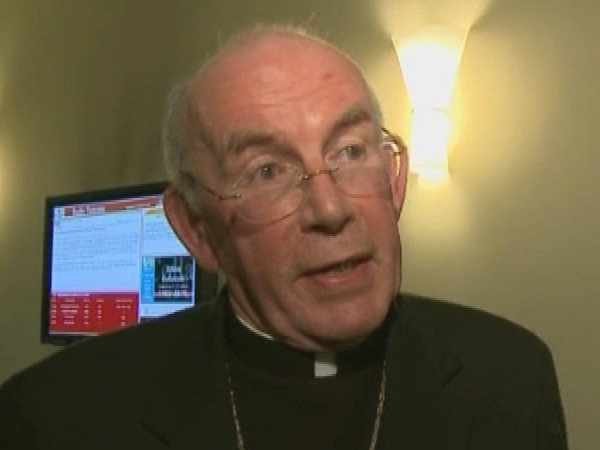 Brady at meetings over Smyth abuse