Sinn Féin has announced that its officer board has endorsed the agreement struck with the DUP at Hillsborough Castle yesterday.

Sinn Féin vice president Mary Lou McDonald said the board had commended its delegates for the work they had done.

The agreement was reached after ten days of negotiations.

Ms McDonald said the institutions have to work on the basis of equality for all so they deliver for everybody, irrespective of political persuasion.

She said she believed the contentious issue of parades can be dealt with in the three-week time period agreed.

She said with goodwill and common sense on both sides the matter can be set to rest.

She refused to comment on who Sinn Féín would like to see as Justice Minister in the North, saying that both Sinn Féin and the DUP had already agreed not to bid for the post in the lifetime of the current assembly. She said what matters is that the new department works, and that it builds on community confidence and delivers an accountable policing service.

President Obama has become the latest leader to welcome the North's power-sharing deal, saying it is an important step on the path to greater peace and prosperity.

Mr Obama said he was looking forward to meeting the political leaders who struck the agreement when they travel to the White House for St Patrick's Day.

There has been a broad welcome for the deal that could see policing and justice powers devolved to the Northern Assembly on 12 April. 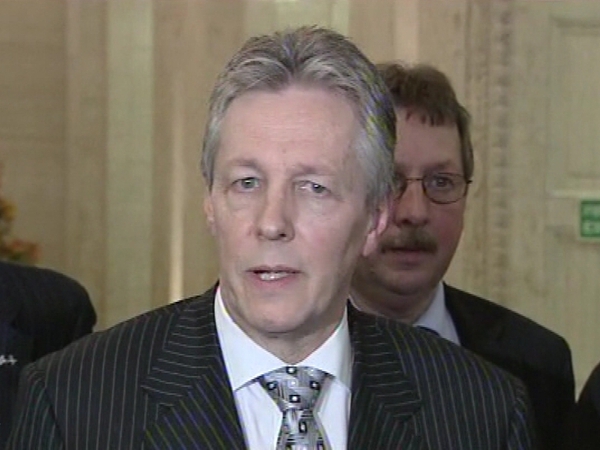