The operators of the planned Poolbeg incinerator in Dublin insist it will be built despite threatened intervention by Environment Minister John Gormley.

Operating company Covanta also defended the 'put or pay' clause in the contract with Dublin City Council, which guarantees a supply of waste to the facility.

Construction work on the Poolbeg facility began in December and design plans are due to be ready within weeks.

The company says that over 780,000 tonnes of waste was sent to landfill in the Dublin area in 2008 and there would be no over- capacity in the 600,000 tonne incinerator at Poolbeg.

But Mr Gormley has said he will put a cap on the amount of incineration and said he wants the Poolbeg contract independently examined.

Covanta were before the Oireachtas Environment Committee this afternoon to answer questions on the operation and financing of the controversial Poolbeg plant.

Scott Whitney, President of Covanta Europe, said on top of the 320,000 tonnes that the Dublin local authorities are obligated to bring, there is an additional 280,000 tonnes of capacity at Poolbeg which Covanta ‘would like to fill.’

He contended that it would be irresponsible not to be monitoring the market to obtain that fuel stream, however he was very confident that they would be able to secure the necessary waste in the Dublin region.

Senator Dan Boyle of the Green Party said it was an ‘honest response’, but that many people would be surprised to hear Covanta was going around the country looking for waste.

To coincide with Covanta attending the committee, the ESRI published its report on the Government's proposed waste policy. It said it risks harming economic development and competitiveness.

The ESRI asserts a review undertaken by Minister Gormley had a pre-determined outcome and contains unachievable targets on reducing household waste.

The lead author of the Government's international review of waste policy, Dr Dominic Hogg, has said there are serious questions hanging over the ESRI report which led to erroneous conclusions.

Dr Hogg contended there were many errors in the ESRI report which, he stated, might be understandable because the ESRI ‘has a very limited experience in the area.’

Citing one example, Dr Hogg said the ESRI stated Co2 emissions from the Poolbeg plant would be part of the EU Emissions Trading Scheme, however the waste sector is specifically excluded from it.

Correcting such mistakes, according to Dr Hogg, would mean a six-fold increase in the levy proposed by the ESRI and lead the Institute to the same conclusions as the International Review.

Independent waste collectors said the ESRI report was fundamentally flawed as its prediction on waste generation was quite simply wrong. 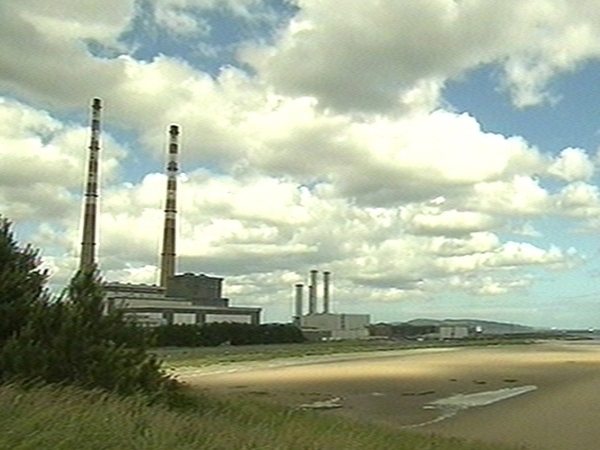