Tánaiste Mary Coughlan has declined to give an assurance that public sector workers will not face another pay cut in next year's Budget.

However, Ms Coughlan told the Dáil that the Government was anxious to pursue public sector reform, which would reduce the pressure for savings on pay.

Ms Coughlan was responding to the Labour leader Eamon Gilmore, who sought an assurance that public sector pay would not be cut for a third time.

The Tánaiste said no-one was in a position to predetermine next year's Budget adjustments.

She also said that regarding the minimum wage, an 'inability to pay' clause would be introduced to the Dáil today.

Meanwhile, the Civil and Public Services Union, which represents low-paid civil servants, is to escalate its industrial action to combat the Government pay cut for State employees.

However, at a conference in Dublin today, CPSU General Secretary Blair Horan said there was a clear mandate for more intensive action and that the Government now had a fight on its hands.

He said that from tomorrow, staff would hold more unannounced stoppages, which could affect entire regions.

He also said there would be a meeting of the strike committee on Monday to consider further escalation, and staff are to be balloted for full strike action.

He acknowledged that there was a clear risk that members would be removed from the payroll, but said they were prepared to accept that risk.

He said the 8.5% increase clerical staff had received in the first round of benchmarking had been eaten up by the recent pay cuts.

However, he pointed out that top civil servants who had received between 30% and 40% in increases were still half way ahead of their pay cuts.

He said that to add insult to injury, the Government had reduced the pay cut for top civil servants once the Budget was out of the way.

He said that was not only unfair and sneaky - but outrageous.

A number of delegates outlined the effect on their wages of the recent cuts.

Mary Duffy from the Department of Education in Tullamore outlined how her house had been repossessed after her husband became unemployed. She is living on €451 a week in rented accommodation - though her son still thinks they are on holiday.

Lynsey Crowley from the Chief State Solicitors' Office said she had lost €28 a week and was now taking home €402 a week. She said that her landlord had agreed to reduce her rent by €21 euro a week if she agreed to clean the common areas. She now does so despite having spina bifida and scoliosis.

Conor McDonald from the Revenue Commissioners said he was earning €420 a week. He lives in a council house in north Dublin with one child. His self-employed girlfriend, who is pregnant, is now working a three-day week.

They are borrowing on credit cards to make ends meet. He had to produce his payslip to make people believe how little he was earning. He said that because of the promotion freeze, he had no prospect of improving his situation. He said that for him a luxury was having warm water.

Michelle Kavanagh of the Department of Justice said she had to take on a second job to make ends meet and pay for childcare and often works up to 70 hours a week. 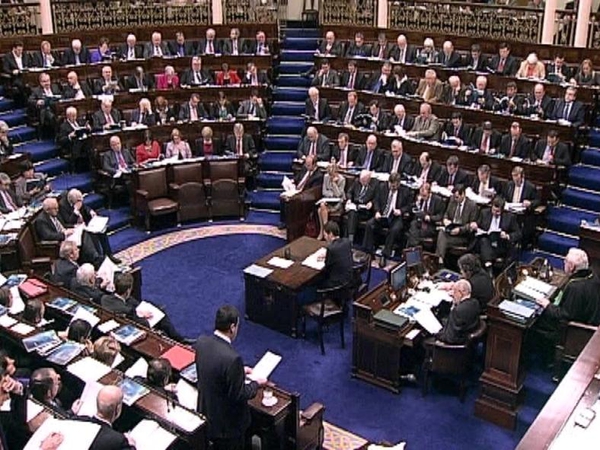