A spokesman for Mr Brown said the meeting would take place at Downing Street. The two men last met to discuss the deadlock on 14 January.

Speaking on RTÉ's This Week, Mr Cowen said the Irish and British governments would do everything they could to help Sinn Féin and the Democratic Unionist Party come to an agreement.

Mr Cowen said he did not believe that the people of Northern Ireland viewed the prospect of Assembly elections as being the best option in the current circumstances.

He said people wanted to see Sinn Féin and the DUP work together and ensure that partnership was working well.

DUP MP Jeffrey Donaldson has said his party remains willing to discuss with Sinn Féin the devolution of justice and policing powers to Stormont.

Mr Donaldson said: 'I think it's time that they calmed down a bit and let's engage to resolve the outstanding issues.

'We remain at the table ready and willing to discuss those issues and move the process forward.'

Sinn Féin north Belfast Assembly member Gerry Kelly said the DUP wanted to give the Orange Order a veto over the talks.

'The DUP have made a precondition of sorting out these contentious parades, the whole parades issue,' he told the BBC.

'What they're saying is that the Orange Order will make the decision on that and they're linking that to giving a date on policing and justice.'

Martin McGuinness yesterday called for an urgent meet with DUP leader Peter Robinson in an attempt to break the political deadlock.

Sinn Féin President Gerry Adams yesterday warned that the political institutions could work only if they function on the basis they were established. 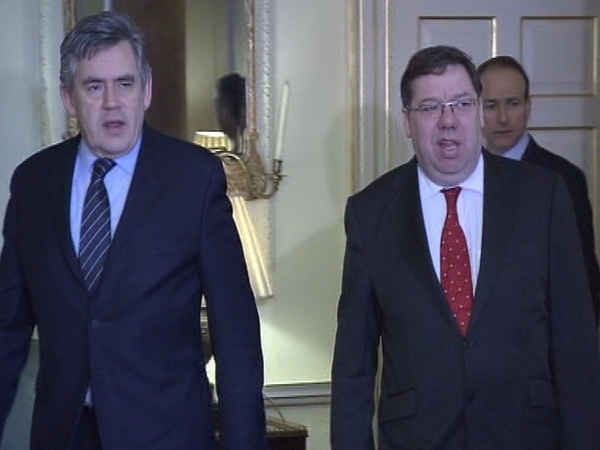