Click here for more information on how to donate

There were no immediate reports of damage or injuries from the quake.

Meanwhile, international rescue teams have begun to leave Haiti after the government officially called an end to the search for survivors of the earthquake

However, a 23-year-old man was pulled alive from the rubble of collapsed buildings in the capital Port-Au-Prince just hours after the declaration was made.

Wismond Exantus said he survived his ordeal in the ruins of the grocer's shop where he worked by drinking Coca-Cola and eating snacks.

Up to 1.5m people have been left homeless by the 7.0-magnitude earthquake, which could have killed as many as 200,000 people.

A government minister in Haiti said 150,000 bodies had so far been recovered.

Some Haitians have said that it is too soon to call off the rescue operation. The UN said yesterday that over 130 people had been found alive in the rubble of collapsed buildings.

Patrick McCormick from UNICEF said the official end of the search for survivors should help the relief operation.

After a slow start to the relief operation, the World Food Programme is now providing meals for 2m people a day.

The UN has estimated that up to 130,000 people have been relocated out of Port-Au-Prince in the hope of relieving pressure on open camps in the city.

The aid agency Goal has said it has distributed emergency supplies to more than 10,000 people in the Haitian capital, Port-au-Prince, following the devastating earthquake 12 day ago.

The supplies, which included food and other items, were provided by Irish Aid, the World Food Programme and the US government.

The Irish Red Cross has said donations for its Haiti appeal had surpassed €1 million, bringing the total amount collected by Irish charities so far to around €10 million.

A special mass for the people of Haiti was celebrated at the Carmelite Church on Whitefriar Street in Dublin city centre this afternoon.

Aid agencies say they will need more donations to support their long-term work in the country. 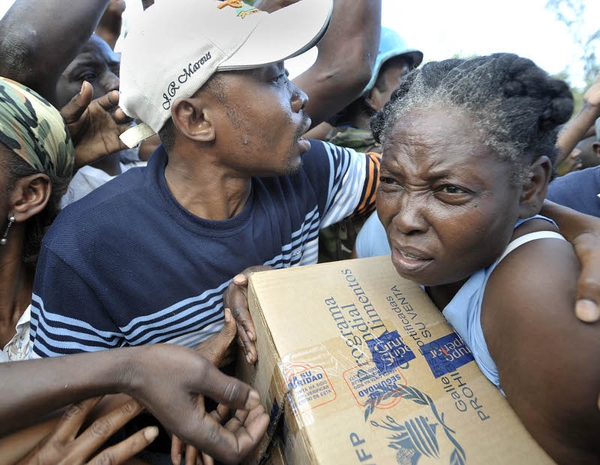