The funeral of former Catholic Primate of All Ireland Cardinal Cahal Daly has taken place in Armagh this afternoon.

The 92-year-old died on New Year's Eve, three days after being brought to Belfast City Hospital with acute heart problems.

Requiem Mass was celebrated by his successor Cardinal Seán Brady.

President Mary McAleese and Taoiseach Brian Cowen were among those who attended the Mass in St Patrick's Cathedral.

Also in attendance was the Cardinal Archbishop of Edinburgh, Keith O'Brien, who was also born in Co Antrim.

Most of the Irish hierarchy were joined by leaders of the island's other larger Christian denominations at the Mass.

The British monarch was represented by Lord Caledon, the Lord Lieutenant of Co Armagh.

Two leading members of the DUP earlier arrived at Cardinal Seán Brady's home in Armagh to convey the sympathy of their party leader to the Catholic Primate.

Sammy Wilson and Arlene Foster arrived together at 'Ara Coeli' beside St Patrick's Cathedral where they were greeted at the front door by Cardinal Brady. They did not attend Dr Daly's Requiem Mass in the Cathedral.

Neither the Papal Nuncio nor Cardinal Desmond Connell attended the service. However, a message to the more than 1,000 mourners was read out from Pope Benedict.

'I recall with gratitude Cardinal Daly's long years of devoted pastoral service to the Church, as priest, bishop and primate of all-Ireland, his assistance as a member of the College of Cardinals and especially his sustained efforts in the promotion of justice and peace in Northern Ireland,' he said.

After the Mass, Cardinal Daly was buried in the Cathedral grounds beside his three immediate predecessors. 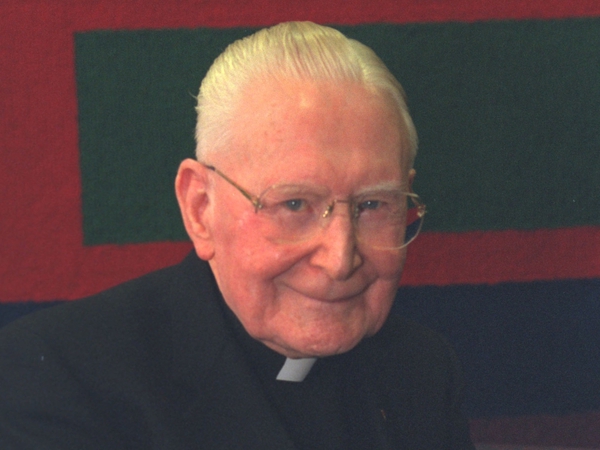