An extra 19,000 tonnes of grit are being imported to treat icy roads over the coming weeks, the National Road Authority has confirmed.

At least two thirds of the seasonal supply of grit – around 60,000 tonnes - has already been used amid a cold snap which NRA spokesman Sean O’Neill described as a historic event.

Roads in some parts of the country remain in a dangerous condition, particularly on secondary routes and in residential estates.

There are severe weather warnings in place across most of the country, with Met Éireann forecasting at least another three days of sub zero temperatures.

The NRA says the N5 Charlestown, N6 Loughrea, N8 Mitchelstown, N13 between Brigend and Burt in Donegal, and the N81 Baltinglass are all icy.

The Sally Gap in Wicklow is still closed, and secondary roads and housing estates in most of Dublin are described as treacherous.

In the South, Thurles has been badly affected with gardaí warning of severe black ice in many places.

AA Roadwatch says it is very icy on secondary routes in Co Clare and also on the N18 Ennis Bypass.

In Co Cavan it is very icy in spots on the N3 Dublin/Cavan Rd and in the Baileboro and Virginia areas.

Gardaí have advised motorists to drive with extreme caution on the M7 between J12 Newbridge and J14 Monasterevin, or avoid if possible.

Meanwhile, a man is in a critical condition after a road crash on the N9 Carlow to Kilkenny road early this morning.

Bus Éireann services in Cork were severely disrupted this morning but have since resumed.

Services between Limerick and Dublin which were suspended have also now resumed but severe delays should be expected.

Meanwhile, Dublin Bus services are operating on a restricted basis and services on routes on higher ground and through housing estates are again being limited. 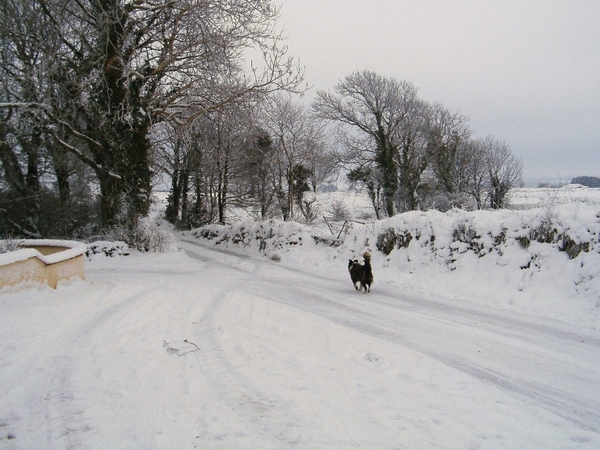