The Archbishop of Dublin, Dr Diarmuid Martin, has said he respects the decisions by Bishops Eamonn Walsh and Raymond Field to offer to resign.

He called the two prelates ‘extremely good bishops’ to whom many in the archdiocese of Dublin were extremely grateful for the things they had done. But, he added, good people had to be accountable.

Archbishop Martin said he believed that there was a future place for his two auxiliaries in the Irish Church after they had stepped down. He revealed that he had spoken to both of them briefly to see what role they would like to play.

Dr Martin said the Dublin archdiocese had to ensure that the management of the past was entrusted to a new generation that thought differently.

The latest resignation offers were announced in a joint statement close to midnight.

The bishops expressed the hope that, on Christmas Day, their action might help to bring Christ's peace and reconciliation to the victims and survivors of child sexual abuse to whom they again apologised.

They assured those who had so bravely spoken out and others who continued to suffer in silence of their thoughts and prayers.

Dr Walsh has been a bishop for 19 years and ran the diocese of Ferns for four years after Brendan Comiskey resigned as a bishop over his cover-ups of abuse.

Dr Field has served for 12 years in Dublin and is president of the hierarchy's Commission for Justice and Social Affairs.

Asked about the future of Dr Martin Drennan, the Bishop of Galway, Archbishop Martin said it was Christmas Day and that he was not going to get involved in a discussion of that.

Like Bishops Walsh and Field, he was not singled out for criticism by the Murphy Commission. But Archbishop Martin has previously said that they should accept that they were collectively responsible for permitting clerical child sexual abuse to continue in Dublin.

Dr Martin made his comments to RTÉ News after his customary visit to an annual Christmas Day dinner for homeless people organised by the Knights of Saint Columbanus at the Royal Dublin Society.

During his Christmas morning sermon in Galway Cathedral, Bishop Drennan said that in the last couple of months we had seen record levels of anger and that we needed to find some way of entering into Christmas with peace and to move beyond that anger.

He said 2009 had left us with a great need to make peace with our past and not just with what the Ryan and Murphy Reports had said about child abuse in the Church.

In the business and political worlds there had been stories of greed and excessive expense accounts respectively, he said.

‘Our anger needs to be steered to a better society and forgiveness,’ the bishop said. ‘If we can't forgive, the past will be a burden upon us.’

He urged that the year be closed not with anger but with Christ's light in order to achieve peace with the past and begin the New Year with fresh hope. 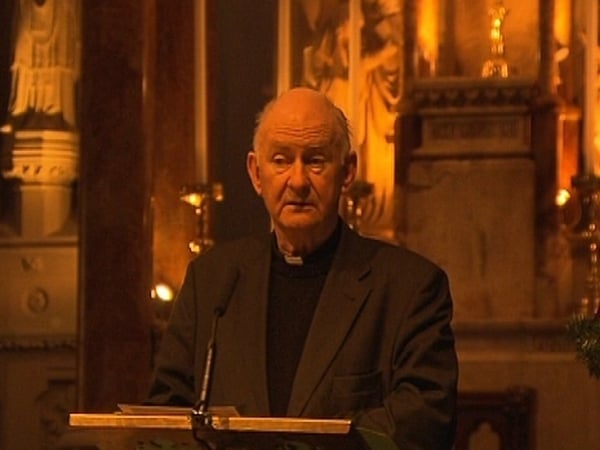