Speculation is growing this evening that Dr Donal Murray's tenure as Bishop of Limerick may be coming to an end.

It follows comments from Cardinal Sean Brady and the Archbishop of Dublin Diarmuid Martin that were seen as adding to pressure on the Bishop.

Tonight in a homily, Archbishop Diarmuid Martin urged young people not to abandon the church.

He said the church will not be reformed by the young leaving and said it needs the integrity, honesty and idealism that young people bring.

Attention will now turn to Rome, where the Archibishop and the Cardinal will meet with the Pope later this week.

Murray had earlier asked mass goers to pray for him, particularly this week. Dr Murray also asked for prayers for the victims of abuse and their families

His request follows yesterday's call by Cardinal Sean Brady on all those named in the Murphy Report to act soon in light of the Commission's findings that cover-ups of clerical child abuse had taken place in the Dublin Archdiocese.

Bishop Murray has said he would spend the next month reflecting on his position following Judge Yvonne Murphy's criticisms of him and other bishops and clerics for failing to respond correctly to allegations and concerns about priests who were molesting children.

The document criticised Bishop Murray for acting inexcusably in relation to complaints and suspicions about a priest in the archdiocese.

In a letter read at weekend masses, Bishop Murray says he is acutely aware of the pain and anguish that has been experienced in the last week.

He also reiterated his plea for prayers for survivors of abuse and victims' families.

Meanwhile, Cardinal Brady will travel to the Vatican next week to discuss the Murphy Report with Pope Benedict.

Cardinal Brady will be accompanied by Archbishop Diarmuid Martin. 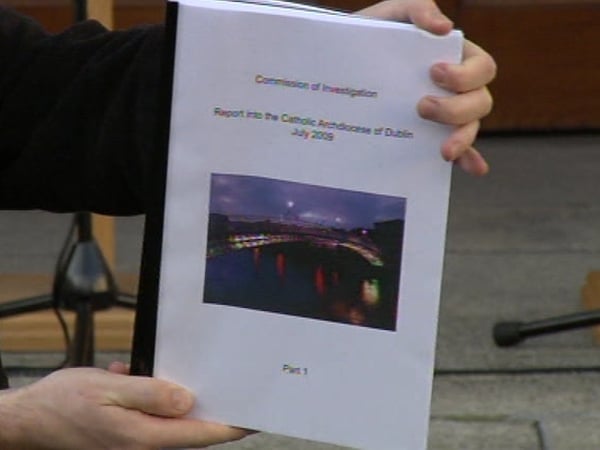