Members of SIPTU, IMPACT and the TEEU have deferred their planned industrial action in Galway, Cork and Clare on Tuesday, to work on recovery efforts following devastating floods.

The Taoiseach has said he is very grateful to those in the public service who have indicated they will continue to give help and assistance throughout Tuesday's planned day of protest.

The Taoiseach will visit areas affected by the floods in the south and west of the country tomorrow.

Speaking after another meeting of the Emergency Response Co-Ordination Committee, Brian Cowen said that there had not been a serious deterioration in the flooding situation overnight.

However, he said Met Éireann had expressed concern over high tides forecast for this evening as well as further heavy rainfall on Monday and Tuesday.

Over 1,200 SIPTU members working for local authorities in Clare and Galway will defer strike action on 24 November because of the flooding emergency.

In a statement, SIPTU Organiser Michael Kilcoyne said the priority was to look after the public.

He said industrial action was being deferred until the crisis is dealt with and essential services restored.

SIPTU outdoor staff members with Cork City Council have been exempted from industrial action so they can continue tackling the extensive damage caused by the floods.

Members of the IMPACT trade union working for Galway County Council and in the Mercy Hospital in Cork have withdrawn notice of their intention to strike on Tuesday in order to continue working on clean-up and recovery operations.

Members of the electrical and engineering union, TEEU, in Cork have also decided to work on the day.

The Taoiseach has said local emergency teams on the ground are continuing efforts to improve the situation for people who have been displaced and for those without water, particularly in the north Cork area.

When asked if the Government had agreed on additional allocation of funding to address the flooding situation, Mr Cowen said all the necessary resources for the day-to-day effort were being made available from the relevant local authorities and the health service.

He said a long-term assessment of damage in the aftermath of the flooding will be dealt with at a later date.

The Taoiseach said the Government's immediate priority was to deal with the situation as it is.

Mr Cowen and other members of the Cabinet were briefed by a delegation from the Emergency Response Co-ordination Committee following its third meeting this weekend to discuss the flooding situation around the country.

Minister for the Environment John Gormley has said that up to €50m in additional funding would be provided annually for flood protection measures.

Speaking on RTE’s This Week, Mr Gormley said it was too early to assess the damage caused to roads, bridges and business and to say if an emergency fund would be established to deal with the flooding across the south, west and midlands in recent days.

He said the regular maintenance of the country's waterways by one agency such as local authorities would solve the problem.

He also said that farmers need financial assistance to replace farm feed destroyed in the floods.

Mr Walshe said the persistent failure to maintain our waterways over the last 30 years has contributed largely to the hardship suffered by thousands of farm families and rural dwellers.

Parts of the south and west are among the worst affected areas after the weekend flooding.

Half of all homes in Cork City are without tap water.

The City Manager has described the situation as 'grave' and said it posed a potential health risk.

ESB staff at the Inniscarra Dam in Co Cork say the flood is receding slowly and that levels of water being released are now less than half of what they were on Thursday night.

The ESB said staff are closely monitoring the situation to see if the levels of rain that fell overnight will have a significant impact on water levels on the lakes, but there are no immediate concerns.

Gardaí in Cork city say there was no overnight flooding.

In the Mid West, authorities have warned about rising waters on the River Shannon between Killaloe and Limerick.

In Limerick, the pedestrian Plassey Bridge over the River Shannon near the University of Limerick has been closed after the local authority expressed concern over the safety of the structure.

Sandbags have been distributed to low-lying vulnerable areas of Castleconnell, Mountshannon Road and Montpelier.

Met Éireann says more heavy rain is expected to fall in the next few hours.

Emergency water supplies are being provided at the following locations in Cork city:

Iarnród Éireann says bus transfers are operating between Galway and Athlone on the Galway/Dublin service due to flooding between Ballinasloe and Athlone.

Bus transfers are also in operation on the Limerick to Ennis service and on the Sligo line between Longford and Carrick-on-Shannon. 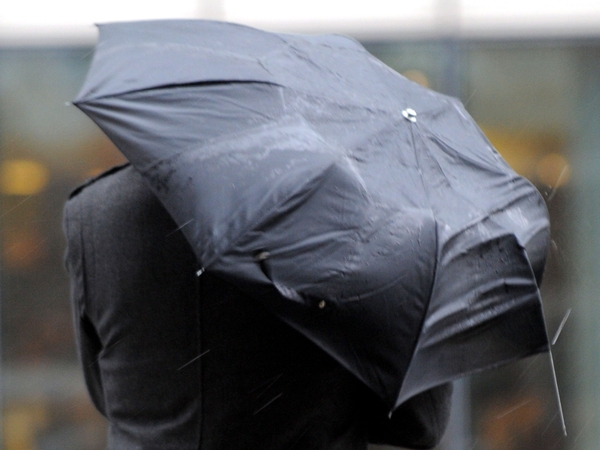