A woman has been sentenced to six years in prison for dangerous driving and causing the death of her daughter and another child in 2007.

The children, aged six and nine, died after Mary Carberry, who lived in Co Kildare at the time, drove to Longford after spending an afternoon drinking with a friend.

The 33-year-old collected her children from school in Kilcock at 2.50pm in the afternoon on 26 Monday November 2007.

She then met a friend and went with the children to a pub in the town, where she drank bottles of Heineken until 5pm.

The mother-of-four got a taxi home but shortly afterwards drove to Longford with her friend Michelle Logan and their four children in her BMW car.

She stopped at the Park House Hotel in Edgeworthstown where customers in the bar told her she was not capable of driving because of her drinking.

She told them to mind their own business.

Carberry claims she had looked for accommodation in the hotel and was told it was full so she drove away at high speed in the direction of Longford on the old Sligo road.

The route is now a cul-de-sac and, within minutes, she crashed into an embankment in a collision that lead to the death of her daughter Ava and her friend 9-year-old Michaela Logan.

Longford Circuit Court was today told that Carberry had suffered from an addiction to alcohol and drugs from an early age.

At the time of the accident she was banned from driving for six years because of a previous incident.

She said she suffered from blackouts after drinking and could not recall many of the details of what happened.

Judge Desmond Hogan sentenced her to six years in prison but suspended the last two years of the sentence. 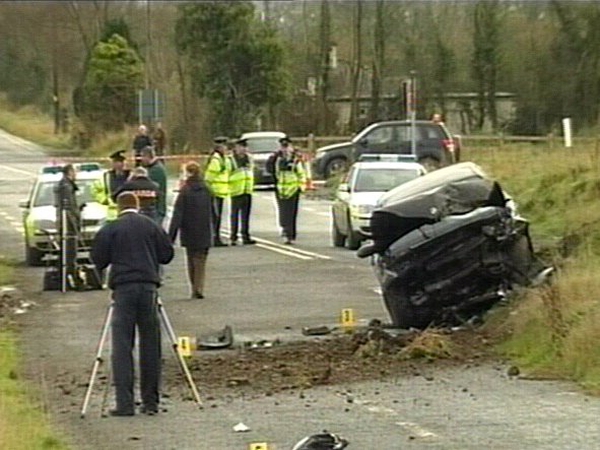