Former US President Bill Clinton has said the peace process in Northern Ireland should be studied in all trouble spots around the world.

He was speaking at a special session of the Clinton Global Initiative in New York yesterday evening aimed at helping attract inward investment to Northern Ireland.

To a packed audience, Mr Clinton held up the Good Friday Agreement as a powerful example of how seemingly intractable conflicts can be resolved.

Sitting on the stage at the special session of his foundation were the First Minister and Deputy First Minister for Northern Ireland, Peter Robinson and Martin McGuinness, along with America's newly-appointed Economic Envoy to the North, Declan Kelly, and Minister for Foreign Affairs Micheál Martin.

In a message aimed at the investors and business people in the room, both Peter Robinson and Martin McGuinness said there was no going back to the bad old days in Northern Ireland. 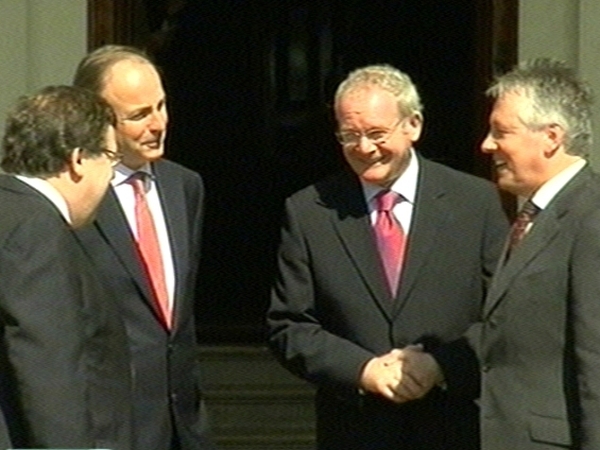