The setting up of the National Asset Management Agency was one of the key topics that came up for discussion at today's North-South Ministerial Council meeting.

Minister for Finance Brian Lenihan briefed ministers on the progress being made in setting up of NAMA.

Ten Government ministers and eight Stormont ministers were present at the talks at Farmleigh House in the Phoenix Park.

Northern Ireland First Minister Peter Robinson said the Executive is currently looking at the disposal of assets in Northern Ireland that will eventually be held by NAMA.

He said it was important that they are not disposed off in a way that would adversely impact on house prices in Northern Ireland.

The Irish Government will also pay €9m for two road projects in Northern Ireland: the A5 (Aughnacloy to the Northwest) and A8 (Belfast to Larne).

Mr Robinson said that that they were quite pleased that this funding still remains a priority, despite the pressures on capital expenditure in the Republic.

Taoiseach Brian Cowen said these are important flagship projects and one that he remains committed to.

Also on the agneda today was the devolution of policing powers to Northern Ireland and how it will be financed.

Before the talks, Mr Cowen signalled the focus would be on the opportunities to work together to put the island on a better footing.

'There is no doubt that both parts of this island are facing unprecedented economic difficulties and challenges,' he said.

'However, for the first time in our history, as a result of the peace process, we are in a position to work together to face those challenges.'

Other subjects on the agenda were major cross-border communication projects and the preparations to deal with swine flu.

The talks were the fourth plenary meeting of the Council since the Northern Ireland institutions were restored.

It was the second high-level meeting this year after a similar gathering in Derry in January.

Mr Cowen said it was a further opportunity to review the excellent progress already made. 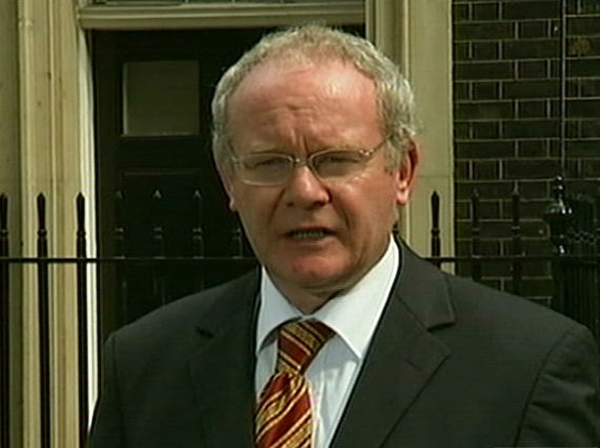