Taoiseach Brian Cowen has insisted that the NAMA plan does not represent a bail out for any interest.

However, speaking in the Dáil debate on the Agency, Fine Gael leader Enda Kenny claimed that the rise in bank shares this morning belied that view.

Green Party leader John Gormley warned that the renegotiated Programme for Government had to be acceptable to his party's membership.

After yesterday's opening session the NAMA debate passed into calmer waters with the speeches from the main party leaders.

The Taoiseach set out the case for the agency, repeatedly denying it represented a bail out for bankers or developers.

He criticised the Opposition plans claiming Fine Gael's would create a generation of zombie banks, while Labour's nationalisation proposal would require multi-billion euro compensation for shareholders.

In a spirited contribution, Enda Kenny said despite Green Party claims of 50/50 risk-sharing between banks and taxpayers it had emerged banks were only exposed to 5% of the hazard.

To laughter he said a zero had gone missing and if located should be returned promptly to the Greens.

Eamon Gilmore spoke of a toxic triangle of bankers, developers and Government.

Caoimhghín Ó Caoláin repeated his call for a referendum on the NAMA legislation branding it a flawed measure.

Bank of Ireland has raised the possibility of generating fresh funds by issuing new shares.

The bank said that the transfer of its loans to NAMA may result in a need for additional capital.

The bank has also said it is now stabilising the bank after being in survival mode six months ago.

Bank of Ireland chief executive Richie Boucher told a conference call that the bank must deal with a number of challenges but he said they would face up to them in a realistic way.

Mr Boucher said NAMA was an imaginative and well-thought out plan which will provide liquidity and ease concerns on asset quality in Irish banks along with helping them de-leverage their balance sheets.

Mr Boucher also refused to disclose the proportion of non-performing loans in the land and development book which is transferring to NAMA.

Staff have been reduced by 10% since 'the crisis' began.

Shares in Bank of Ireland and AIB also made significant gains on US stock markets.

Many commentators had feared that NAMA could be soft on the banks.

However, the initial reaction from stockbrokers indicates the discounts on loans are more extreme than they would have expected.

Last night AIB said it would require an additional €2bn of capital.

It will try to raise that money by selling assets or raising it from investors, otherwise the capital will have come from the State.

The discounts for Anglo Irish Bank and Irish Nationwide are calculated to be well in excess of 30%.

For Anglo that means more taxpayers' money will be needed in the State owned bank. 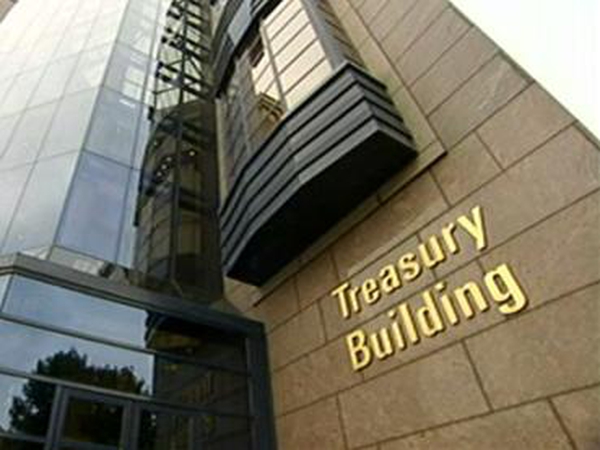