The Green Party has voted by exactly two thirds in favour of campaigning for a Yes vote in October's Lisbon Treaty Referendum.

Party leader John Gormley said the Greens would be mounting a vigorous campaign.

He welcomed the fact that so many delegates had turned out to vote and said the party was reinvigorated.

The party’s spokesperson on European Affairs, Deirdre de Burca, said the vote showed that some members were still concerned about the shortcomings of the EU and the Treaty.

However, she said a majority recognised the important international role of the EU in the areas of climate change, energy security and human rights.

Earlier, Mr Gormley said he intended to listen to what his party's grassroots have to say about the proposals in the McCarthy report, many of which he said were unpalatable.

He was speaking at a special meeting called to discuss the renegotiation of the Programme for Government and the party's stance on the Lisbon Treaty referendum.

The Greens requested a review of the Programme for Government in advance of the local and European elections.

Party members discussed various aspects of the Programme setting out areas where they want to see change. 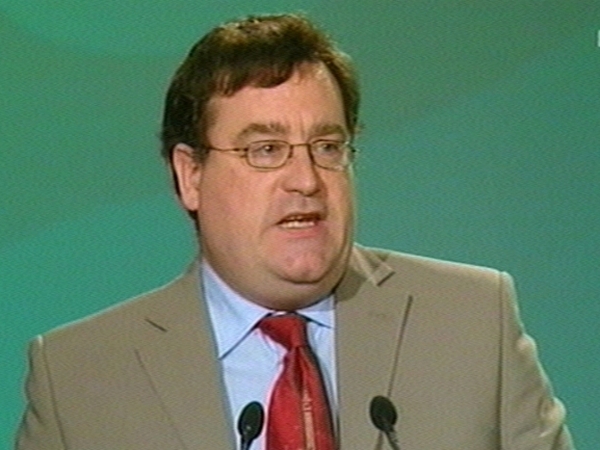