Green Party leader John Gormley has said that white collar criminals will be pursued and face the full rigours of the law.

Speaking at his party’s convention in Wexford, Mr Gormley also said the current economic crisis was caused by corporate greed and irresponsibility.

He said he will introduce legislation to stop political donations from big business.

Mr Gormley spent much of his speech talking about the financial crisis, saying the country is in the most difficult period in its history.

The current problems were caused by greed he said, adding that ‘the Green Party did not get us into this mess - but will get us out of it’.

And he told white collar criminals, with what he described as their champagne and caviar lifestyle, that they will pay for what they have done to the country.

Mr Gormley promised legislation on two fronts - one to stop political donations from big corporations and another dealing with rogue developers.

He told delegates that the days of dodgy rezoning and brown envelopes were over.

Mr Gormley also appealed to opposition parties to stop the bickering, and to enter into dialogue on mapping the way forward.

He added that a cap on bankers pay will be implemented and called on new financial regulator to be appointed.

Greens vote no on coalition motion

Green Party members have voted against holding a special conference to discuss whether they should pull out of government.

The motion had been favoured by Green Party TD Paul Gogarty, but was voted down by delegates.

Speaking before the vote was taken, Deputy Gogarty said that Fianna Fáil were like a flock of startled pigeons, and that they treated the Greens as 'optional extras'.

He said while he was prepared to stay in government, a review was needed and that he had a message for the Taoiseach - 'If in doubt, we'll pull out.'

Party members also heard criticisms of the opposition parties. Fine Gael and Labour were described as being 'two cheeks from the same backside'.

Earlier, Party leader John Gormley said he believed it was a reasonable motion and it was important that the party reviewed their progress in Government on a regular basis.

He said the Green Party was a self-analytical and self-questioning party and he stated his belief that members were happy with where the party was going in Government.

Meanwhile, in his keynote address, Chairman Dan Boyle launched a strong attack on the banking sector.

He warned that only when those responsible for recent events were imprisoned could Ireland progress as a nation.

He also told delegates that we had to be honest and acknowledge that things were due to get worse before the economy recovered.

Many more thousands of workers would lose their jobs and it was vital that policies be devised to avoid the scourge of long-term unemployment, he said.

Senator Boyle said he stood by the 'economic treason' comments he made last month in relation to the movement of funds in and out of Anglo Irish Bank.

He said there could be no holding back in describing the treachery of the actions of certain individuals in undermining our economic well being.

Delegates have also voted against a motion to enter into negotiations with the other Dáil parties with a view to establishing a national Government.

Another motion, which called on the party leadership to consider the merits of such a Government, also failed.

One Green Party TD, Ciaran Cuffe, had supported the call.

Party members have voted in favour of the idea of introducing a green economic stimulus package.

Delegates have also voted in favour of a motion calling for cuts in bonuses paid to senior executives.

However, the convention did hear criticisms of Deputy Mary White's idea of a tax on text messages.

The party will also urge that education cuts be reversed.

Meanwhile, former Green Party leader and Minister for Food, Trevor Sargent, has called for a more direct role by the State in the distribution of food.

Mr Sargent demanded an end to predatory pricing where he said large chains were dictating the price producers were paid. 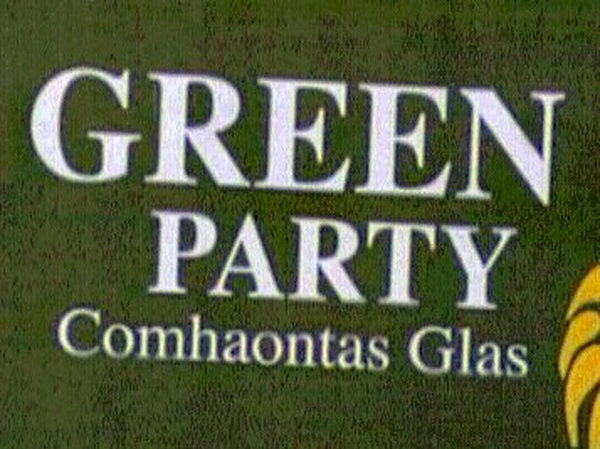