The Taoiseach has told the Dáil that the second referendum on the Lisbon Treaty will take place on Friday 2 October.

The Dáil passed all stages of the 28th Amendment Bill, which will allow the State to ratify the Lisbon Treaty if it is passed.

The bill will be in the Seanad tomorrow.

The campaign was marked by a complex No campaign which raised some issues that did not form part of the Treaty.

Following that vote, the Government put in train an analysis of the reasons the document was voted down.

Arising from that research, pressure was put on the other EU members to accommodate Irish voters' concerns, in order to allow for a second vote with a better chance of success.

A two-day EU summit last month agreed to legally binding guarantees on the application of the Treaty in Ireland.

The summit also agreed to an Irish request that the guarantees also be incorporated as a protocol to the EU treaties.

The guarantees ensure Irish control over tax rates, military neutrality and the Irish Constitution's provisions on social and family law, including the right to life.

Minister for Foreign Affairs Micheál Martin has said a Yes vote in the referendum would put Ireland back at the heart of Europe as opposed to the periphery.

He said every household in the country will receive a postcard identifying the guarantees that have been obtained for Ireland.

Speaking on RTÉ's Six-One, Minister Martin said this is not a matter about Government but about the future of the country.

He said citizens needed to ask whether they want to be at the heart of Europe or at the periphery.

Brian Cowen said the guarantees, and the declaration on workers' rights, and the decision taken last December that every country will keep its own commissioner, would enable him to go back to the Government and recommend the holding of a second referendum on the Lisbon Treaty.

Two other countries, Poland and the Czech Republic, have completed the parliamentary phases of ratification, but in each case the President has declined to finalise the process until and unless Ireland ratifies the Treaty.

UN Secretary General Ban Ki-moon said approval of the Lisbon Treaty is consistent with Ireland's role in the UN.

Mr Ban said: 'The role of regional organisations, like the European Union and the African Union, is crucially important in carrying out the major ideals of the United Nations.

'If you conform and support this Lisbon Treaty, according to the wills of your own people, then this will be a completely in consistence with the major goals and ideals of the United Nations.'

He was inspecting troops at McKee Barracks in Dublin this afternoon on the second day of his Irish visit. 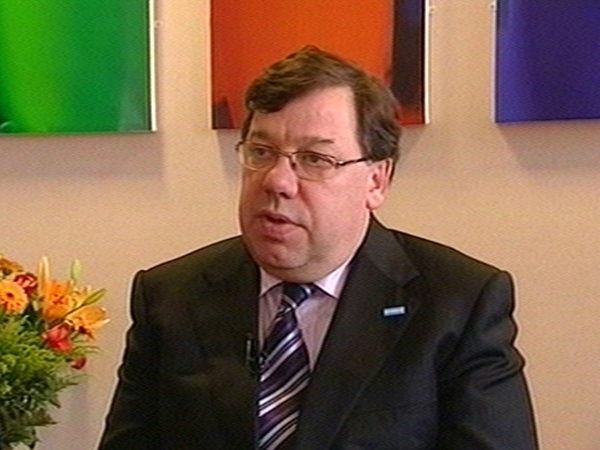