Pope Benedict XVI has called for a world political authority to manage the global economy and for more government regulation of national economies.

The pope's call for a re-think of the way the world economy is run came in new a encyclical which touches on a number of social issues but whose main connecting thread is how the current crisis has affected both rich and poor nations.

Entitled Caritas in Veritate (Charity in Truth), parts of the encyclical appear likely to upset conservatives because of its underlying rejection of unbridled capitalism and unregulated market forces, which he says has led to 'thoroughly destructive' abuse of the system.

Read the full text of the Encyclical

The pope says every economic decision has a moral consequence and called for 'forms of redistribution' of wealth overseen by governments to help those most affected by crises.

He says 'there is an urgent need of a true world political authority' whose task would be "to manage the global economy; to revive economies hit by the crisis; to avoid any deterioration of the present crisis and the greater imbalances that would result'.

The UN, economic institutions and international finance all have to be reformed 'even in the midst of a global recession', he says in the 141-page encyclical.

The document, which it is understood was delayed in order to address the economic crisis, was released on the eve of the G8 Summit in Italy and three days before the pope is due to discuss the global downturn with US President Barack Obama.

In several sections of the encyclical, the Pope makes it clear he has grave reservations about a totally free market.

'The conviction that the economy must be autonomous, that it must be shielded from 'influences' of a moral character, has led man to abuse the economic process in a thoroughly destructive way,' he says.

'In the long term, these convictions have led to economic, social and political systems that trample upon personal and social freedom, and are therefore unable to deliver the justice that they promise,' he adds.

Profit was useful only if it served as a means to a brighter future for all humanity.

'Once profit becomes the exclusive goal, if it is produced by improper means and without the risks destroying wealth and creating poverty,' he says.

'The economy needs ethics in order to function correctly - not any ethics whatsoever, but an ethics which is people-centred,' he adds.

In other sections of the encyclical, his first on social issues since his 2005 election, the Pope addresses topics such as development, migration, union rights, terrorism, sexual tourism, population issues, the environment, bioethics and energy. 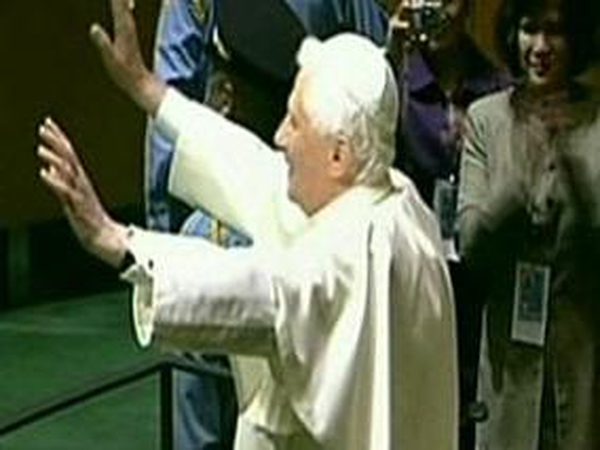