Pope Benedict XVI has launched a spirited defence of human rights and called for greater dialogue between cultures in his landmark address to the UN General Assembly.

Dressed in white robes, the 81-year-old pontiff reminded all 192 UN member states of their duty to protect their people from human rights abuses.

‘Every state has the primary duty to protect its own population from grave and sustained violations of human rights,’ he told a packed assembly on his first visit to UN headquarters since becoming pope three years ago.

‘If states are unable to guarantee such protection, the international community must intervene with the juridical means provided in the United Nations Charter,’ he said.

The Pontiff arrived by Alitalia jet at JFK International and then flew by helicopter to the UN headquarters to be met by UN chief Ban Ki-moon. The two men had a 30-minute meeting before the pope's address.

In his speech, the Pope also defended multilateralism and underscored the need to foster dialogue between cultures and religions at a time of tension between the West and the Islamic world.

Today’s speech was one of the highlights of Benedict's first Papal visit to the US during which he has taken unprecedented steps to atone for decades of sexual abuse of young people by US Catholic priests.

Yesterday, Pope Benedict met a group of people who were sexually abused by Catholic priests.

A Vatican statement said the group was accompanied to the meeting in the papal embassy chapel in Washington DC by Archbishop of Boston Cardinal Seán O'Malley.

The statement said they prayed during the 25-minute meeting with the Pontiff, who afterwards listened to their personal accounts and offered them words of encouragement and hope.

The Vatican did not publicise the meeting in advance. However, a group that works with victims of sexual abuse in the US has said it is not surprised by Pope Benedict's move.

David Clohessy of SNAP, the Survivors Network of those Abused by Priests, told RTÉ Radio's Morning Ireland that he was sceptical about the impact of the meeting.

It is the third initiative on the US abuse scandal by Pope Benedict in as many days.

It graphically underlines that this is the first papal visit since the abuse scandal came to light in Boston six years ago.

At the time, Pope John Paul II was eventually forced to switch Cardinal Bernard Law to a Vatican post because of mounting evidence that he had moved known abusers from parish to parish without warning church members. 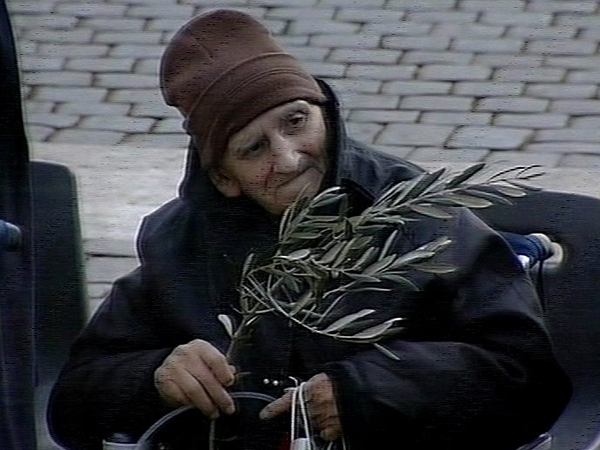 Pope speaks out on Palm Sunday