The Construction Industry Federation has confirmed around 4,000 electricians have been put on protective notice because of the strike by members of the Technical Engineering and Electrical Union.

The electricians are in firms affiliated to the Federation.

Earlier, Diageo Ireland was granted a temporary injunction to prevent electricians from picketing its brewery at St James's Gate in Dublin.

The injunction was granted by Mr Justice Frank Clarke in the High Court this afternoon and it will last until 11am on Wednesday.

The company warned that a number of staff would have to be let go if production continued to be halted.

The brewery, where Guinness is manufactured, was one of a number of major construction and manufacturing sites around Ireland, which suffered disruption today as 10,000 members of the Technical Engineering and Electrical Union went on strike.

Also in Dublin, Cadbury put workers in their Coolock plant on protective notice because secondary picketing has caused disruption to production.

The company said a small number of workers did not report for work, which caused disruption to manufacturing activities.

The TEEU described today's strike as a major success, saying they had had support from workers in other unions.

The TEEU has sought sanction from the Irish Congress of Trade Unions for an all-out picket to 'consolidate the support we are already receiving from other workers.'

Electricians are looking for an 11.3% increase, which they say is overdue.

Employers say their claim is unrealistic in the current economic climate and want a 10% pay cut from the electricians.

Today's action, which does not affect electricity supply, follows the collapse of talks at the Labour Relations Commission over the weekend.

Tánaiste and Minister for Trade, Enterprise and Employment Mary Coughlan said she was concerned some major construction projects had been hit by the pay dispute.

She appealed to union representatives and electrical contractors to hold further talks.

The country's largest trade union, SIPTU, has backed the strikers.

Pickets on sites and plants

Pickets have been placed on hundreds of construction sites, including some high-profile projects such Terminal Two at Dublin Airport and the Lansdowne Road stadium.

The Technical Engineering and Electrical Union says 200 of its members are picketing the Corrib gas refinery site at Bellanaboy in Co Mayo.

A number of manufacturing plants were also picketed, including Intel, Pfizer and Cadbury.

Pickets were placed at the entrance to the construction sites at 5.30am.

The union said drivers of many trucks had refused to cross the picket line.

Two ESB plants at Moneypoint and Aghada were picketed, but they remained fully operational.

It is understood a number of workers at the plant did not pass the picket this morning but it is not clear how many.

A spokesperson for Eirgrid said there was no threat to electricity supply but that the situation continues to be monitored by them and the ESB.

In an already turbulent economy, this strike will see increasing tensions in employer-union relations.

However, SIPTU's Jack O'Connor said in a statement that the electricians must be supported by workers, because the employers’ objective of cutting pay reflected the aim of the wealthy to protect their assets and privileged positions. 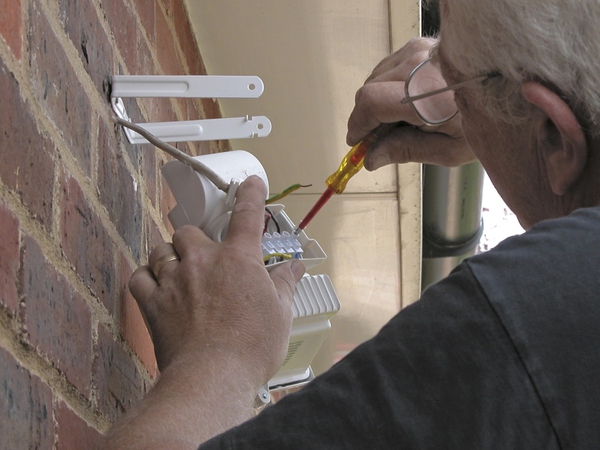 Talks on electricians' strike break down