A new report on the Irish economy says it is perhaps the most overheated of all advanced economies.

The detailed analysis by the International Monetary Fund says the collapse of tax revenue could push the deficit up to 12% of national income.

It warns Irish banks face losses of €35bn by next year.

It says the economy was perhaps the most overheated of all advanced economies.

In recent years the IMF says Ireland became the most expensive economy in the Eurozone with the possible exception of Luxembourg.

It says losses now faced by the banks could be about €35bn by 2010, although the bulk of that would be absorbed the banks' reserves.

The IMF is broadly supportive of the Government's NAMA project to buy back bank debt.

But it says pricing the purchase of those assets could be easier if the banks are nationalised, as not paying the right price opens the taxpayer to huge risks.

The IMF supports a property tax, cuts in public sector pay and reductions in Government spending.

Minister for Finance Brian Lenihan said the report was a realistic and fair assessment.

He said Government was taking steps to address the competitiveness and banking problems.

Meanwhile, OECD has forecast that the Irish economy will shrink by almost 10% this year, one of the most pessimistic predictions so far.

The body also expects a further fall of 1.5% next year.

Its economic outlook says the Irish economy is experiencing a 'severe' contraction, and will recover only at a slow pace in 2010.

The OECD says substantial spending cuts and increases in tax will be needed in the coming years because of the severe pressure on the public finances.

'Problems in the banking sector must be resolved at a reasonable cost,' it adds. The OECD says competitiveness would be restored by lower wages and stronger competition.

However the OECD's overall predictions were more optimistic. It said the advanced economies of the world will soon hit the bottom of the recession and will begin the long haul towards a weak recovery by the end of the year.

The Paris-based organisation said its 30 advanced economy members would now see growth of 0.7% next year, revising its March forecast for a contraction of 0.1%.

Saying this was the first time in 24 months that it had raised, instead of lowered its forecasts, the OECD said member states' combined economic output this year would shrink 4.1% rather than 4.3%.

In a regular review it said: 'It looks as if the worst scenario has been avoided and that OECD economies are now nearing the bottom.

'Even if the subsequent recovery may be slow, such an outcome is a major achievement of economic policy.'

A massive effort by governments and central banks had pulled the world back from the brink of 'catastrophic events', it added. 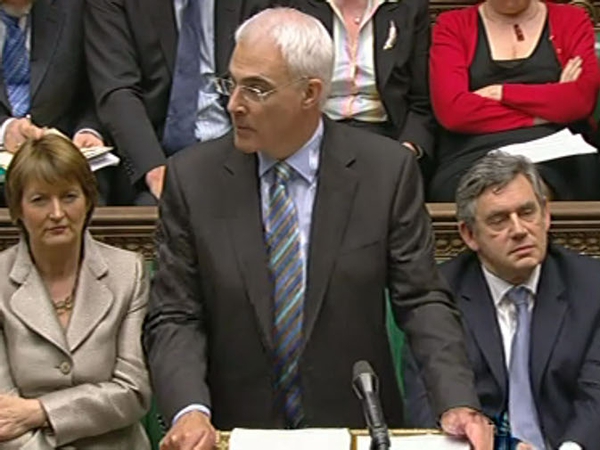 'No quick fixes' in British budget