President McAleese has described recent racist attacks in Belfast as distressing and sickening.

Speaking in Strasbourg, Mrs McAleese said that as someone who had gone through the same kind of intimidation when she was growing up in Belfast, she believed that old sectarian hatreds were now being replicated in the current racist attacks against the Roma community in Belfast and against other immigrant families in Northern Ireland.

She said that children at an early age learned in the home behaviour which she said turned them into 'wrecking balls' as teenagers and adults.

She told RTÉ News: 'It's very distressing what's happening there and to realise as I did, having gone through the same thing, I know how sickening it is, how very vulnerable you feel, how you need friends, and how you need support.'

The President said she was very encouraged at the response of government, neighbours and social services who she said had responded with decency and goodness.

'Part of the problem is how children are reared to hate and despise the otherness of others. Northern Ireland is not unfamiliar with that, the old Catholic-Protestant thing, that people are making really big efforts now to transcend and overcome, is replicated in racism, the refusal to see the human person in the other, the refusal to see a potential friend. It's to see a threat, to see something you despise.

'That's taught, it's learned behaviour, no child is born believing any of that, and so all of us, on the whole island of Ireland ... have to bend our minds to how we stop our little children from being turned into wrecking balls as teenagers and as adults.'

The president was speaking following an address to the Council of Europe, the parliamentary assembly promoting democracy and human rights.

Mrs McAleese was visiting the Council of Europe and the European Court of Human Rights, to which it is attached, to mark the body's 60th anniversary.

A 21-year-old man has been remanded in custody by Belfast Magistrates Court, charged in connection with the intimidation of a number of Romanian families in the south of the city.

Shane Murphy, a joiner from Belfast's Donegall Rd, faced two charges, one of intimidating Romanian nationals and a second of acting provocatively by shouting racist comments at a rally held in solidarity with the Roma families targetted in the spate of racist attacks.

His solicitor told the court that his client denied both charges.

The District Judge hearing the case refused bail due to the risk of interference.

The accused was remanded in custody to appear by video link next month.

Two other youths, aged 16 and 17, who were arrested in South Belfast last night in connection with intimidation and provocative conduct remain in custody, helping police with their enquiries.

The majority of the 117 Romanians who fled their homes following the racist attacks in south Belfast have decided to leave Northern Ireland.

Just 14 of the 117 will stay in the North. Air fares are to be paid for those returning to Romania from an emergency fund.

More than 100 Romanian people had been living in temporary accommodation provided by the city's authorities for the past week.

Meanwhile, the church that provided shelter for the families who left their homes was damaged in an attack last night.

The pastor of City Church on University Avenue, Malcolm Morgan, said ten windows were smashed, including leaded glass at the front of the building.

The church has never been attacked before.

Police investigating the attack have arrested three men in their 20s.

A new scheme has been established in Northern Ireland aimed at combating racial hate crime.

The Advocacy Scheme, which provides for the appointment of two bilingual advocates recruited from ethnic minority groups, was launched in Belfast at lunchtime.

The ethnic minority advocates will work closely with hate crime, minority liaison and neighbourhood officers along with housing executive staff to address issues of concern in their communities.

The main objectives of the scheme are to reduce crime, improve crime investigations and to reduce anti-social behaviour against members of ethnic minority groups.

It is being jointly funded by the PSNI and the Northern Ireland Housing Executive. 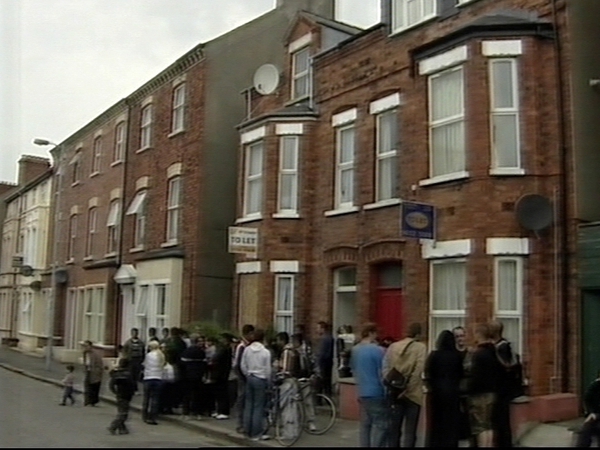