2,000 jobs have been lost in Ireland since the start of the year and thousands more are at risk.

According to a new report from Food and Drink Industry Ireland, the competitive position of some firms has been damaged by high business costs and a fall in the value of sterling against the euro.

The report, Closing the Gap, says key problems in the industry include business costs such as energy, which is 20% higher in Ireland than the average paid across the EU.

Industrial electricity prices have increased 70% since 2001 and 36% across the EU.

More than 40% of food exports go to the UK, but sterling has fallen in value by 30%.

The report argues for new and special financial supports for companies selling into the UK.

It claims food and drink production and processing is Ireland’s most important indigenous sector with 230,000 incomes depending on its future health.

The report also says the top three grocery chains have more than 70% of the Irish market. It says the bargaining power of retailers is much higher than that of suppliers.

It has called for the appointment of a supermarket ombudsman and a code of practice to protect Irish food suppliers from what it terms ‘unfair commercial practices’.

Speaking on RTE's Morning Ireland, Food and Drink Industry Ireland's Paul Kelly said times were tough for suppliers and small businesses and they needed to be protected.

On the same programme, Tánaiste and Minister for Trade, Enterprise and Employment Mary Coughlan said she had asked the Competition Authority to investigate the real costs of doing business in Ireland.

She also said a code of practice for the industry was almost complete. 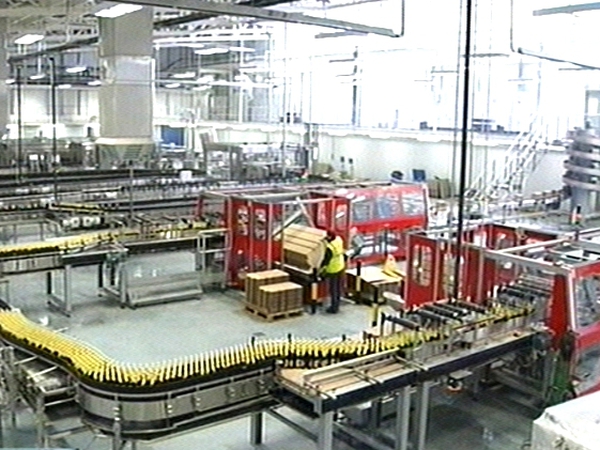 Bulmers to shed 103 jobs in Clonmel