Authorities in Iran have banned foreign media from covering 'unauthorised' rallies, a day after seven people died in protests over the disputed presidential election.

The culture ministry has instructed foreign media to 'avoid participation or news coverage of gatherings which do not have the interior ministry permit,' in an apparent reference to rallies for defeated candidate Mir-Hossein Mousavi.

But the ban also applied to a counter-demonstration this afternoon, which has been given the backing of the Tehran government.

The rally in support of President Ahmadinejad took place in central Tehran.

Mr Mousavi's supporters gathered at the same location later in the evening.

Mr Mousavi had urged supporters not to turn up for their own rally to avoid clashes, but a local reporter said it turned into a 'massive' demonstration.

The march is believed to have passed off without major incident as the crowd marched through the city in silence.

In effect, foreign journalists are being confined to their bureaus and barred from reporting on the streets, in a measure 'designed for their own protection'.

Television crews say some recordings of clashes between demonstrators and security forces have been seized and foreign journalists who travelled to Iran for last Friday's election have been told to leave when their visas run out.

A Guardian Council spokesman said it it was 'ready to recount the disputed ballot boxes claimed by some candidates, in the presence of their representatives.'

But a senior ally of defeated candidates Mir-Hossein Mousavi and Mehdi Karoubi said they wanted a rerun rather than a recount of 'a few ballot boxes'.

Mr Mousavi has appealed to the Guardian Council, the main legislative body of the Islamic Republic, for the election to be annulled, but has said he was not optimistic about its verdict.

Hundreds of thousands had gathered to protest against the re-election of Iranian President Mahmoud Ahmadinejad.

State radio said that tyres, dustbins and motorbikes were set ablaze by protestors in a public outpouring of anger reminiscent of the days of the Islamic revolution in 1979.

The protests against the election result have triggered the worst unrest in Tehran in decades. Defeated challenger Mir-Hossein Mousavi has branded the election a 'charade'.

Iran is facing an international backlash over its crackdown against the opposition protestors and the election itself, which returned the President Ahmadinejad to power.

US President Barack Obama, who has called for dialogue with the Islamic republic after three decades of hostility, said he was 'deeply troubled' by the violence.

In the face of the unrest, Iran's supreme leader Ayatollah Ali Khamenei has ordered a probe into the allegations of vote-rigging. 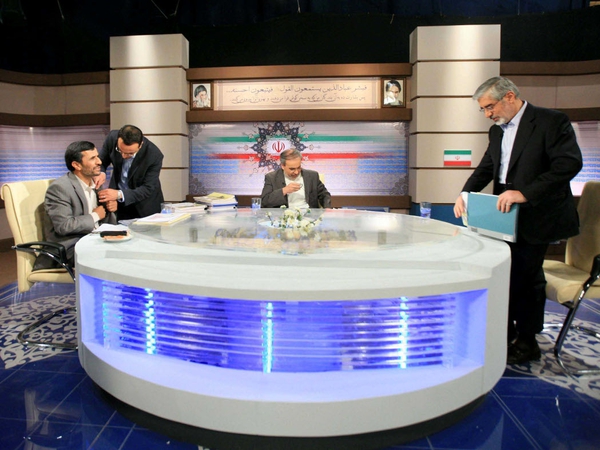