Iran's President Mahmoud Ahmadinejad has almost 68% of the vote in the presidential election, after counting 47% of ballot boxes, election commission figures showed.

Mr Ahmadinejad's main challenger, moderate former Prime Minister Mir-Hossein Mousavi, had just over 30% of the votes counted, according to the commission which is part of the Interior Ministry.

Earlier, Mr Mousavi had claimed he was the winner by 'a substantial margin'.

'In line with the information we have received, I am the winner of this election by a substantial margin,' Mr Mousavi had told a news conference in Tehran.

The election turned the spotlight on deep differences in Iran after four years under Mr Ahmadinejad.

The 52-year-old is battling for a second four-year term, while 67-year-old Mr Mousavi was seeking to make a comeback after two decades in the political wilderness.

Election officials predicted record turnout among the 46.2m voters, half of whom were born after the 1979 Islamic revolution.

Analysts had been been reluctant to forecast a winner, suggesting the vote may mirror 2005 when the relatively unknown Mr Ahmadinejad scored an upset in a second-round runoff.

A runoff will be held on 19 June if no single candidate emerges with over 50% of the vote. 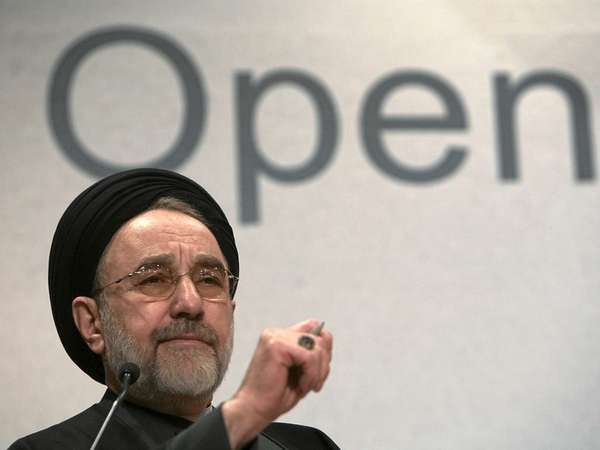